An Arizona woman is opening up about her five-year cancer battle to help inspire other women to take charge of their health.

"It looked like anything all of us have had in our life, like maybe a blemish forming," O'Neill told "Good Morning America." "It was a tiny little mark on my right cheek."

O'Neill said she monitored the mark and had it checked out by a dermatologist, who told her it was likely a clogged oil gland.

As the spot continued to grow over the years, O'Neill said she decided to have it removed.

"At that point, I was just thinking cosmetic. I just thought I'd like it removed because it was pretty prominent on my right cheek, but small," she said. "Never in my wildest dreams did I think it was going to be anything dangerous." 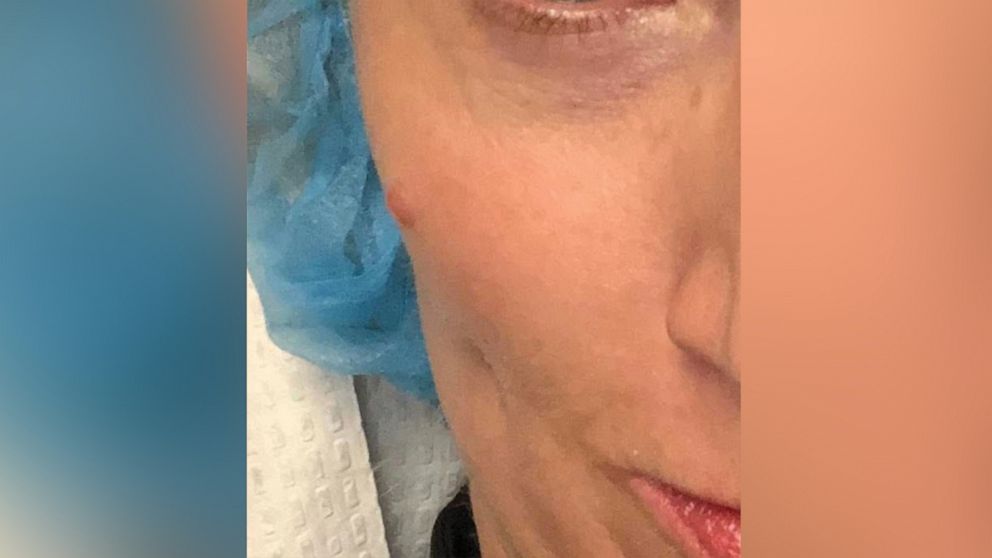 Daniel O'Neill
Alison O'Neill, of Arizona, displays the small bump on her face that proved to be cancerous.

When O'Neill had the spot removed in spring of 2020, she said her doctor did a routine biopsy.

To O'Neill's surprise, the biopsy showed the tumor was cancerous.

Additional testing at the Mayo Clinic in Arizona diagnosed O'Neill with angiosarcoma, a cancer that forms in the lining of blood vessels and lymph vessels, according to the National Cancer Institute.

"I think any of us that get that news, it’s just an absolute shock," said O'Neill. "Because we’re walking through life, living your life, busy, and then you get a phone call that turns it upside down."

She said of that moment, "When I got that phone call, the first thought I had was I'm 47 years of age and I'm going to die."

Angiosarcoma is a fast-growing cancer that is so rare it only affects 1 in 1 million people in the United States per year, according to the National Cancer Institute.

It can show up on any part of the body but is most common in the skin, breast, liver and spleen. On the skin, angiosarcomas often appear as sometimes painful, bruised, purple-ish areas that grow larger over time and may bleed easily, according to the National Cancer Institute. 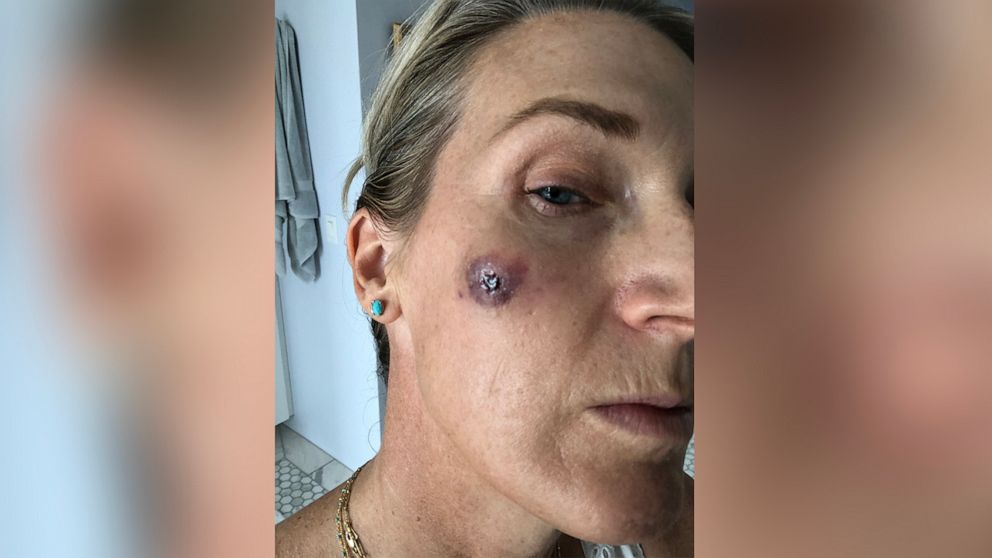 Daniel O'Neill
Alison O'Neill, of Arizona, displays the small bump on her face that proved to be cancerous.

Shortly after O'Neill received her diagnosis, she met with Dr. Brittany Howard, chair of the division of facial plastic surgery at Mayo Clinic Arizona.

Howard performed the in-office procedure to remove the tumor from O'Neill's face at their first meeting.

"Angiosarcoma is a tumor that is very difficult to see the extent of it when you look at someone’s skin," said Howard, who was able to remove the tumor while O'Neill was under local anesthesia. "You’re really just seeing the tip of the iceberg that is the cancer."

In order to make sure all of the cancer was cleared, Howard said she had to remove a large area from O'Neill's right cheek.

O'Neill then underwent six weeks of radiation, followed by more surgery to help reconstruct her face.

The reconstruction effort on O'Neill's face included taking skin from adjacent areas of her face and neck and lifting her face up with an incision that ran from underneath her eye to her collarbone, requiring 100 stitches, according to Howard, who described the procedure as "an extreme form of a facelift."

"The devastation and destruction that you see happening to your face is counterintuitive to everything we know about taking care of ourselves," said O'Neill. "It's hard to come to term with allowing that to happen." 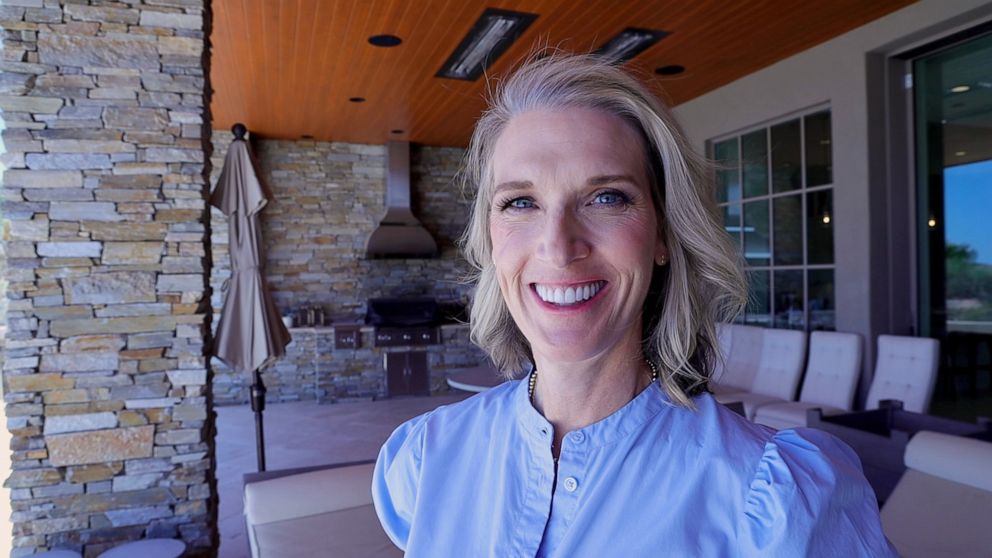 Daniel O'Neill
Alison O'Neill, of Arizona, is pictured after undergoing surgery and treatment for a cancerous tumor on her face.

Another part of O'Neill's reconstructive journey has been the use of technology like lasers and broadband light therapy to restore her skin back to its natural color, according to Howard, who treated O'Neill at Mayo Clinic's new Multidisciplinary Cosmetic Center.

"It's very common for cancer patients to come in and have this sense that they should just be happy to be alive, and they tell me they feel vain for complaining or being concerned about a scar they have, or shape change they have in their face," said Howard. "But we shouldn't look in the mirror and see a cancer victim." 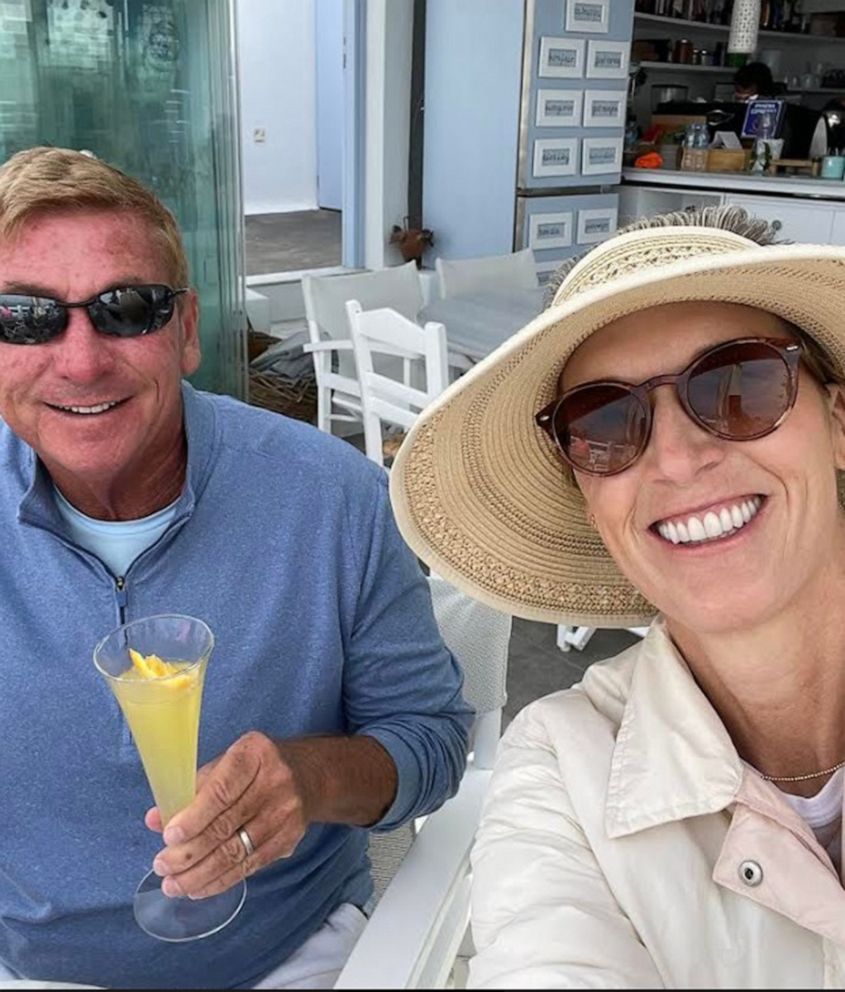 O'Neill said she is now in remission from cancer.

She said she hopes her story motivates other women to take charge of their health, and to speak up when they notice something off with their body.

"You have to advocate for yourself when going through any medical journey," said O'Neill. "I describe the last two years as being like crawling through mud. It is incredibly difficult to regain your health and you have to work really, really hard at it."