By Jacqueline Laurean Yates
Share —
Sign up for our newsletters to get GMA delivered to your inbox every morning!

Princess Charlotte wore a symbolic piece of jewelry to pay tribute to her late-great-grandmother Queen Elizabeth II on Monday.

The young royal, whose parents are Prince William and Kate, the Princess of Wales, wore the diamond brooch pinned to her black coat dress while attending the queen's funeral at Westminster Abbey in central London, and for the subsequent funeral procession through the city.

This sentimental piece was gifted to Charlotte by Elizabeth herself, who had a great love for horses. 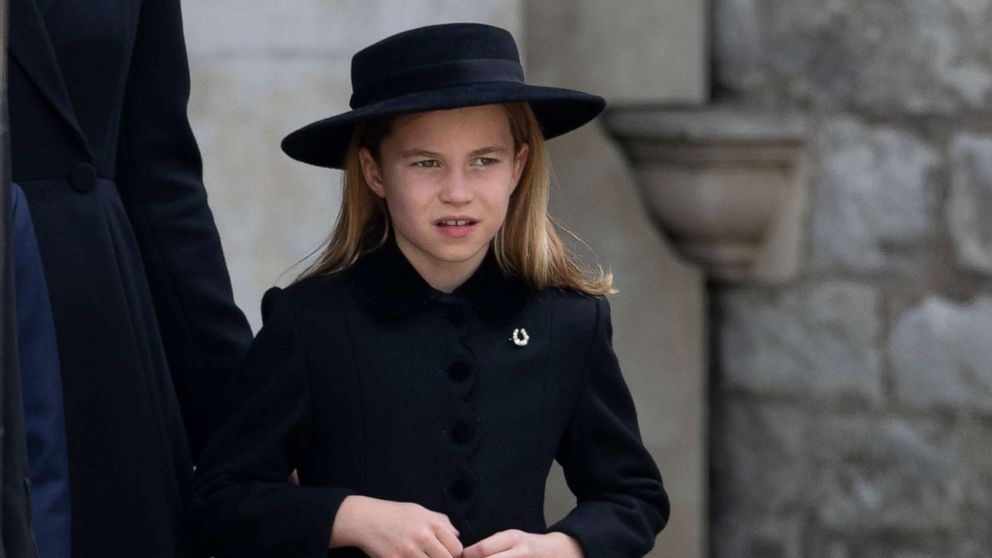 Her mother Kate also wore a touching piece that paid tribute to the late queen, a pearl choker necklace that previously belonged to Elizabeth. The Princess of Wales wore the necklace to Prince Philip's funeral last year.

Meghan, the Duchess of Sussex, was also spotted wearing pearl and diamond earrings gifted to her by the late queen to Monday's funeral. The queen gave Meghan the earrings shortly after she married Elizabeth's grandson Prince Harry in 2018.