Next year's Met Gala theme has been revealed and it is centered around the decades-long work of Karl Lagerfeld.

The renowned German fashion designer died at the age of 85 in February 2019, and previously served as the creative director of luxury French fashion house Chanel from 1983 until his death. He also dressed some of the biggest stars in history.

On Friday, the Metropolitan Museum of Art announced that The Costume Institute's spring 2023 exhibition, "Karl Lagerfeld: A Line of Beauty," will examine the work of the late fashion icon's 65-year career, specifically his stylistic language and timeless aesthetic themes.

"Karl Lagerfeld was one of the most captivating, prolific, and recognizable forces in fashion and culture, known as much for his extraordinary designs and tireless creative output as for his legendary persona," Max Hollein, Marina Kellen French Director of The Met, said in a statement. "This immersive exhibition will unpack his singular artistic practice, inviting the public to experience an essential part of Lagerfeld’s boundless imagination and passion for innovation."

Every design starts with a sketch.✨

Coming May 2023—explore the artistic methodology and stylistic vocabulary of Karl Lagerfeld's designs in “Karl Lagerfeld: A Line of Beauty” at The Met’s #CostumeInstitute. pic.twitter.com/8KpP591WGn

Approximately 150 of Lagerfield's pieces will be displayed at The Met Fifth Avenue in the Tisch Gallery, starting May 5 through July 16, 2023.

The exhibition will explore different stylistic representations of themes often repeated in Lagerfeld's work. It will also conclude with the "satirical line," which focuses on Lagerfeld's ironic, playful and whimsical predilections expressed through visual puns that reflect the designer's razor-sharp wit.

"The exhibition will explore Lagerfeld's complex working methodology, tracing the evolution of his fashions from the two dimensional to the three dimensional," Andrew Bolton, Wendy Yu Curator in Charge, The Costume Institute said in a statement. "The fluid lines of his sketches found expression in recurring aesthetic themes in his fashions, uniting his designs for Balmain, Patou, Chloé, Fendi, Chanel, and his eponymous label, Karl Lagerfeld, creating a diverse and prolific body of work unparalleled in the history of fashion." 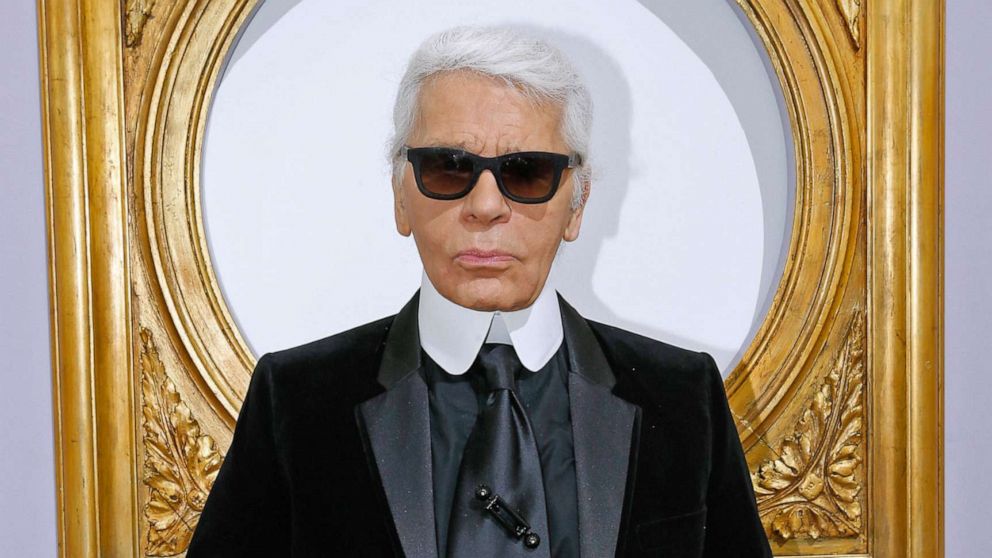 Taking place on its traditional "first Monday in May," May 1, The Costume Institute Benefit, better knows as The Met Gala, will take place ahead of this year's exhibition.

The Met Gala was initially organized and presided over by Vogue editor in chief Anna Wintour in 1995 and is recognized as one of fashion's biggest nights. It also functions as a fundraiser for the Metropolitan Museum of Art’s Costume Institute, which aligns with the opening of its annual fashion exhibition.

Through the years, the Met Gala has provided The Costume Institute with its primary source of annual funding for exhibitions, publications, acquisitions, operations and capital improvements.