The centerpiece for Thanksgiving tables across the country will cost more than ever this holiday season.

The American Farm Bureau Federation announced Wednesday that "families can expect to pay record high prices at the grocery store for turkey" due to bird flu and inflation.

The organization analyzed turkey costs in their latest Market Intel, finding retail prices on fresh boneless, skinless turkey breast reached a record high of $6.70 per pound in September, which is up 112% from 2021. The previous record high price was $5.88 per pound in November 2015, during the highly pathogenic avian influenza outbreak. 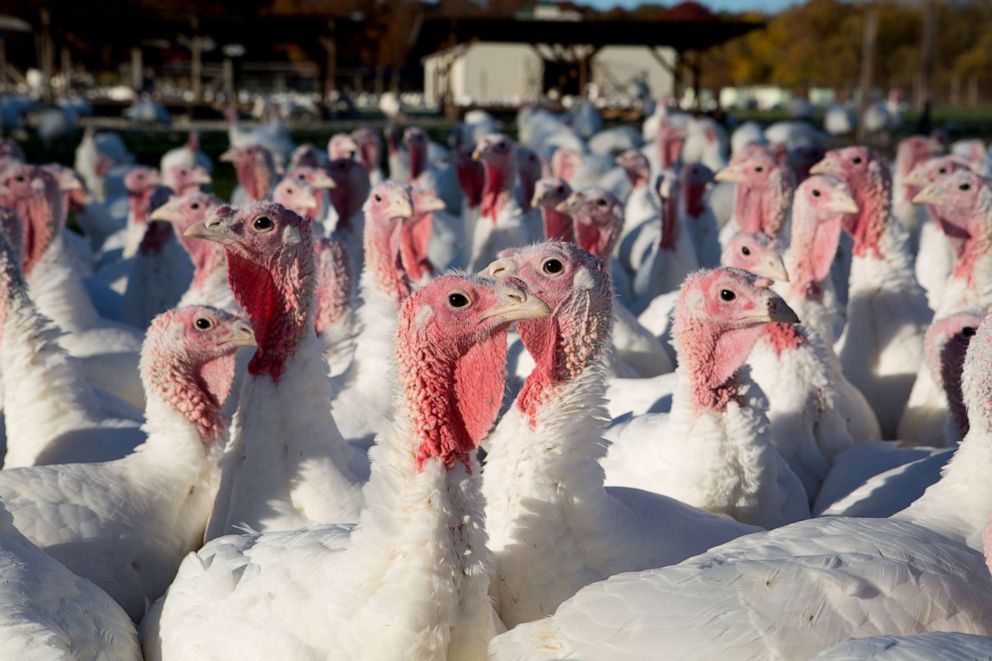 "This is particularly challenging for turkey production, because it takes a really long time to grow a turkey to its market weight of about 30 pounds. So when we saw these significant shocks to supply this spring, we're now seeing it in grocery stores reflected in those prices today," American Farm Bureau Federation senior economist Veronica Nigh told "Good Morning America."

With inflation at a near 40-year high, retail food prices were up 11.4% in August compared to the same time last year.

Despite higher prices, farmers and retailers believe there should be enough turkeys to meet the holiday demand.

"All of us are feeling the pain of higher prices at the grocery store," American Farm Bureau Federation President Zippy Duvall said in a statement. "HPAI outbreaks in the spring and an uptick in cases in the fall are taking a toll, but farmers remain dedicated to ensuring America's food supply remains strong."

Over 40 states have confirmed cases of bird flu, which has wreaked havoc on 46 million birds in the U.S.

In Minnesota, the top turkey supplier in the U.S., the situation has gotten so dire with the deadly outbreak that Gov. Tim Walz signed an executive order to waive trucking regulations in an effort to help fight the spread.

"If your turkeys end up with bird flu, any other poultry on the farm, whether it's meat chickens, egg layers, they all have to be exterminated and that's not only a huge financial loss that's just a really sad situation," Nellie Lovenduski of Slate River Farms told local affiliate WXXA. 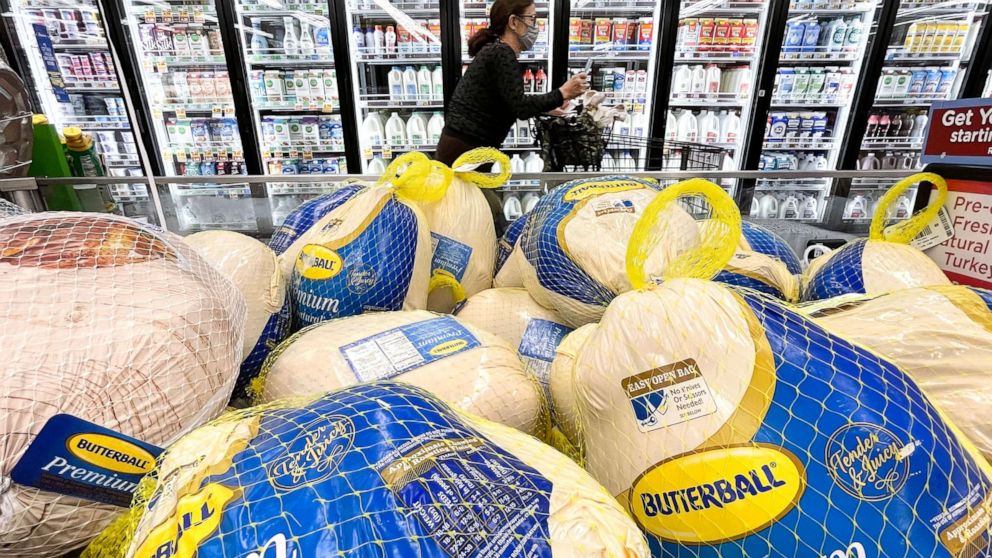 Mario Tama/Getty Images, FILE
A shopper walks past turkeys displayed for sale in a grocery store ahead of the Thanksgiving holiday on Nov. 11, 2021, in Los Angeles.

But farmers maintain that consumers can still find their Thanksgiving turkeys.

"I think at a minimum you're going to see an increase in price in turkeys even in the big box turkey providers," Lovenduski said.

But Nigh explained there's still ways to save.

"We're looking at ways to perhaps mitigate cheaper Thanksgiving dinner and maybe more side dishes to go along with that with that turkey and looking for substitutes at the grocery store," she suggested. "Think about getting a frozen burger rather than a fresh turkey this year. Ways to really stretch that dollar and so that we can all be together but still have that traditional Thanksgiving dinner."