A six-year-old girl in Ohio is speaking out for the first time since she saved herself from an apparent kidnapping attempt right outside her home.

Ken'Adi Nash was taking out the trash when the incident unfolded. She described how she narrowly escaped a dangerous situation in an interview with "Good Morning America" that aired Friday.

"This guy walks by and he touched me. He pulled me," Ken'Adi said.

But Ken'Adi quickly reacted and screamed when the man grabbed her hand and that's what the young girl thinks may have helped her.

"He just let go of me because I screamed," she said. 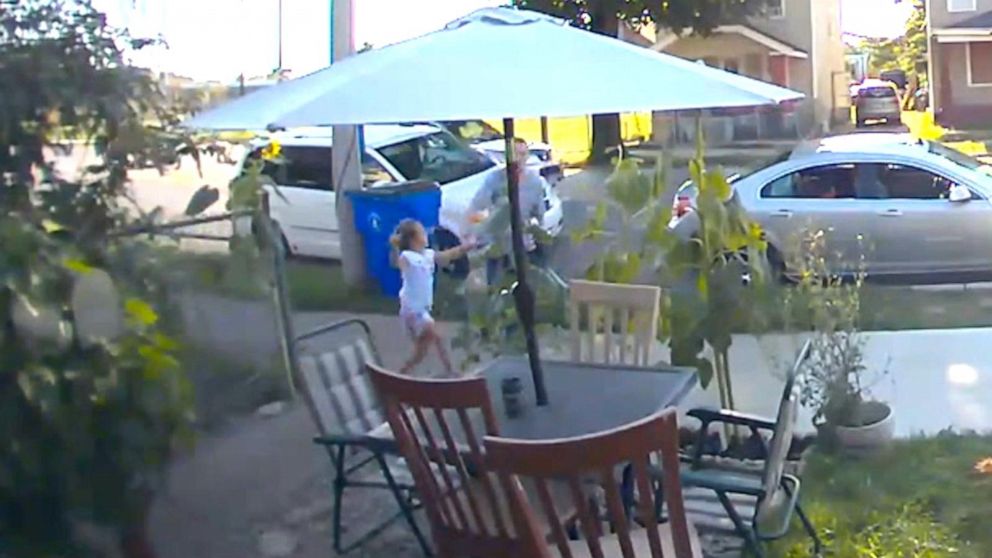 Police say the man grabbed Ken'Adi suddenly, stepped forward, and also tried to drag her along with him — all before Ken'Adi screamed.

Afterward, Ken'Adi ran back into her family's house, alerting her dad, who jumped into his car to follow the man while he called local authorities.

"I chased him like he still had my kid," Ricky Nash said. "Definitely didn't want him to be able to go snatch another kid."

Police later arrested 33-year-old Deric McPherson in connection to the case. McPherson has been charged with abduction and inappropriate grabbing.

"When the cops put him in handcuffs, it took so much anguish away," Nash said.

Nash, his wife Mandie Nash, and Ken'Adi all say they're shaken from the incident.

"It's forever etched in our minds — that scream. So it'll always be with us," Mandie Nash said.

The Nashes say they've taught all four of their daughters how to fight off an attacker and if it wasn't for Ken'Adi's quick action, the outcome could have been much worse.

"I'm so proud of her. So proud of her," Mandie Nash said. "Because as soon as she screamed, he let go. So obviously, you know, it does work."

Callahan Walsh, a child advocate at the National Center for Missing and Exploited Children, told "GMA" Ken'Adi's response during the attempted kidnapping was the correct one.

"She did everything right in this case. She was kicking, screaming, pulling away. It's exactly what we teach kids what to do when a would-be abductor tries to grab them. In fact, there's a lot to learn from these attempted abductions," Walsh said.

"We've been analyzing attempted abductions for over a decade at the National Center for Missing Exploited Children and we know that over 83% of the time, when a child is able to get away from their would-be abductor, it's something that they did proactively, like kicking, screaming or pulling away, exactly what she did in this case. She's the reason why she's home safe tonight."

MORE: Ring partners with the National Center for Missing and Exploited Children to find missing kids

For parents looking to talk to their own children about what to do in an attempted kidnapping, Walsh recommends having the conversation sooner than later.

"We suggest to really start young and make sure that messaging is simple and easy for your young kids to understand," Walsh said.

"Start with things like walking through your neighborhood, pointing out which houses your child could go to in an emergency, what their neighbors' names are, what their parents' full names are, what phone number and what home address they have," Walsh suggested. "These are things that you can teach your young kids, the basics of child safety, but of course, as they get older, so should the messaging. Make sure when you start young that it's simple, it's easy for kids to understand and it's not overwhelming."