A Pennsylvania woman has gone viral after posting a video of herself opening a 1950s suitcase containing vintage clothing that previously belonged to her grandmother.

In the video, TikTok user Maddy Bill, 27, of Ambler, Pennsylvania, shows off the contents of a green suitcase she received from her mother, a briefcase once owned by her 91-year-old maternal grandmother, Marie D'Alessandro Donato.

Inside was her grandma's honeymoon wardrobe, which Donato wore on her trip with her late husband, Anthony James Donato, to New York City 70 years ago.

"She cleaned everything after the trip!" Bill said in the comments of the video, responding to a user who had asked if Donato had simply decided not to unpack the belongings. "She kept it in the suitcase as a time capsule for her kids and grandkids."

The video has racked up more than 6 million views since March.

"I've always known about this suitcase ever since I was a little girl. My mom discovered it when she was a little older and she told me about it and she selflessly saved it for me and my sister for when we were of age," Bill told "Good Morning America."

"I opened it up and I was just like, 'This is the coolest thing I've ever seen,' because it really just brought back everything to me, especially memories -- my grandfather passed about 21 years ago -- so just those memories of my grandparents in that time in their life, it's just really cool,” she said. 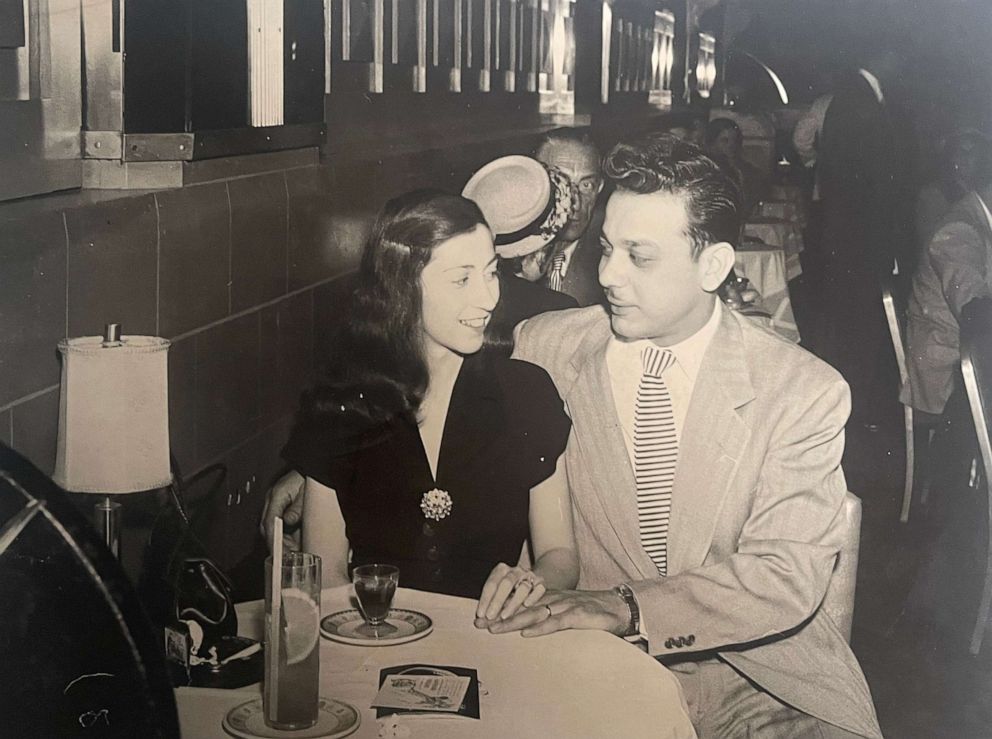 The Donatos married in 1952 and in May of that year, they visited various spots in Manhattan, including a stop at The New Yorker Hotel. Bill recalled her grandmother had told her it rained throughout their trip.

"She was like, 'I did not care because I was with my honey' -- that's what she called my pop pop," she said. "And she had just a wonderful time just being with him and really just taking it all in -- that there was this time in their life where they could start a family and all these things she'd always dreamed of."

MORE: How to style the viral 'coastal grandmother' trend, according to fashion expert 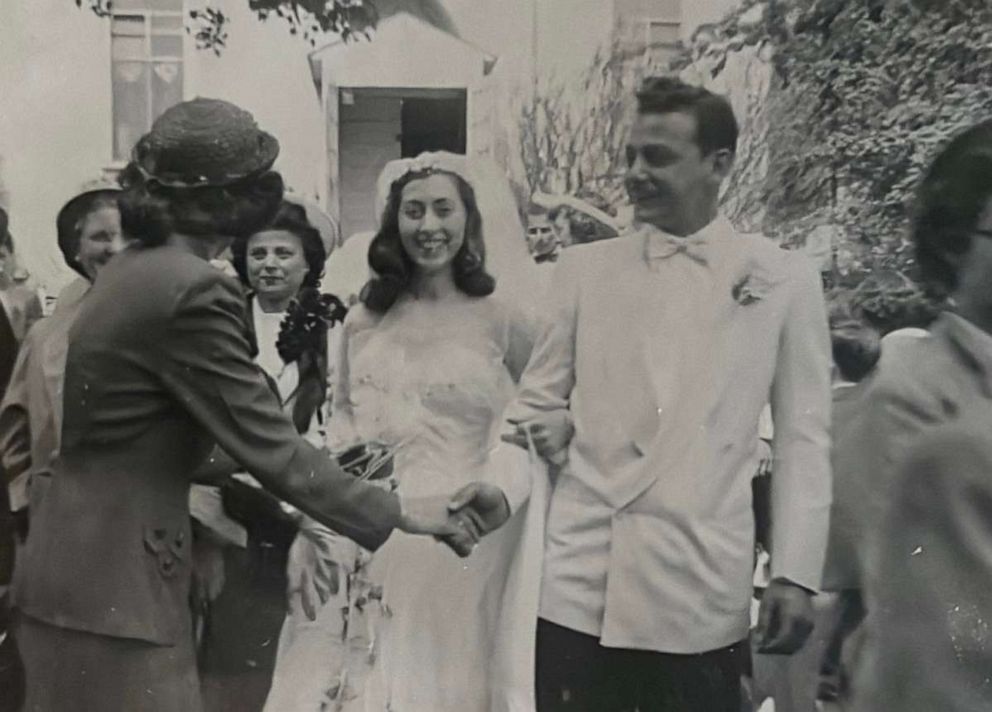 In a series of TikTok videos following her original post, Bill tried on her grandmother's honeymoon clothing -- dresses, blouses, and accessories -- and was happy to discover they fit her "like a glove."

Even though the outfits dated back to the '50s, Bill said they had all been well-preserved.

"It's pretty cool how they've been so intact to this day, like it was 70 years ago [and] there's elastic on some of the pieces and [they’re] still springy," Bill said.

The first piece she modeled on TikTok was a black buttoned dress with a cinched waist and short sleeves.

"I remember in her living room, she has that portrait of her at the New Yorker … in her black dress, and it's just always been something that fascinated me," Bill said. 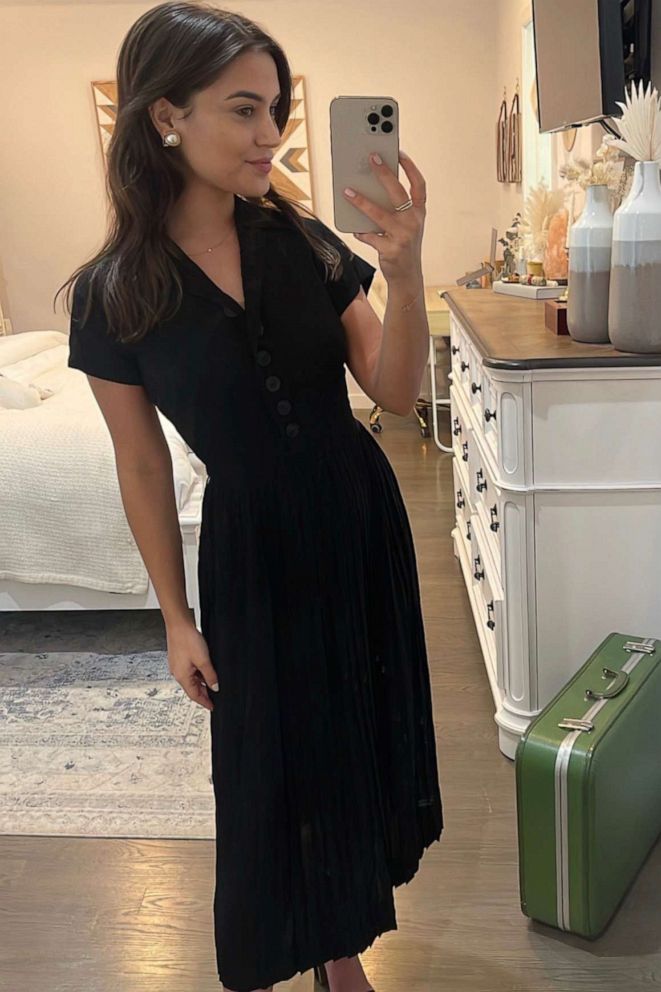 Bill, who works as a social media specialist for a marketing agency, followed up the first outfit with a striped top and a matching gray jacket and skirt ensemble from the suitcase, explaining in a video post that it was the outfit her grandmother wore to take the train to New York. 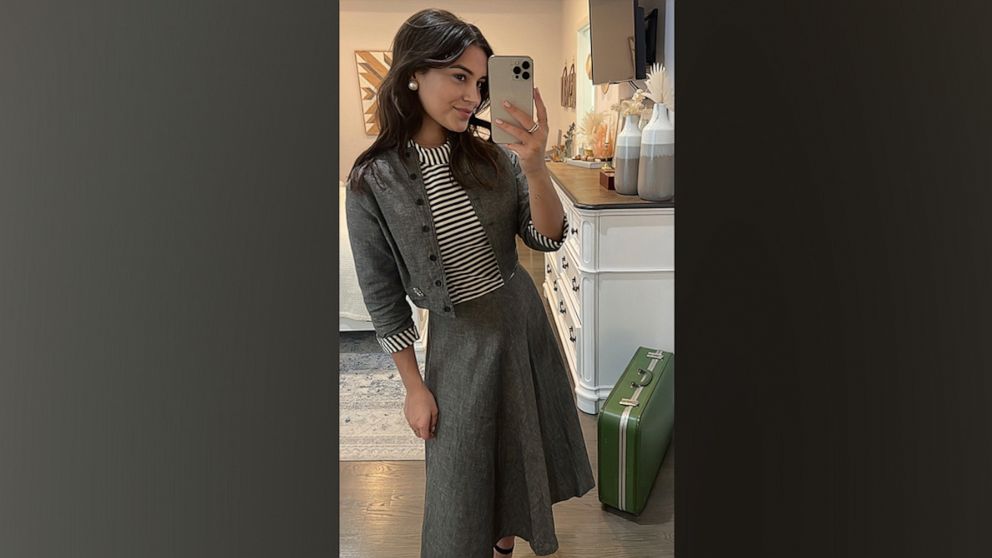 Courtesy Madeline Bill
Madeline Bill's grandmother kept her 1950s honeymoon wardrobe in a vintage green suitcase. Her mother kept the suitcase and passed it down to Bill recently.

When she was young, Bill grew close to her grandparents as they would watch her when her parents were away at work. She described her grandmother as "very nurturing and loving and caring," and said that being able to try on Donato's clothes decades later was particularly special.

"She had a few blouses that I've worn out to dinner with my boyfriend and one of my best friends, and I just feel like it's cool that it's just a part of her that I'm bringing into the present day, and it does make me feel closer to her,” Bill said, adding that she's saving the dresses to wear for a special occasion. 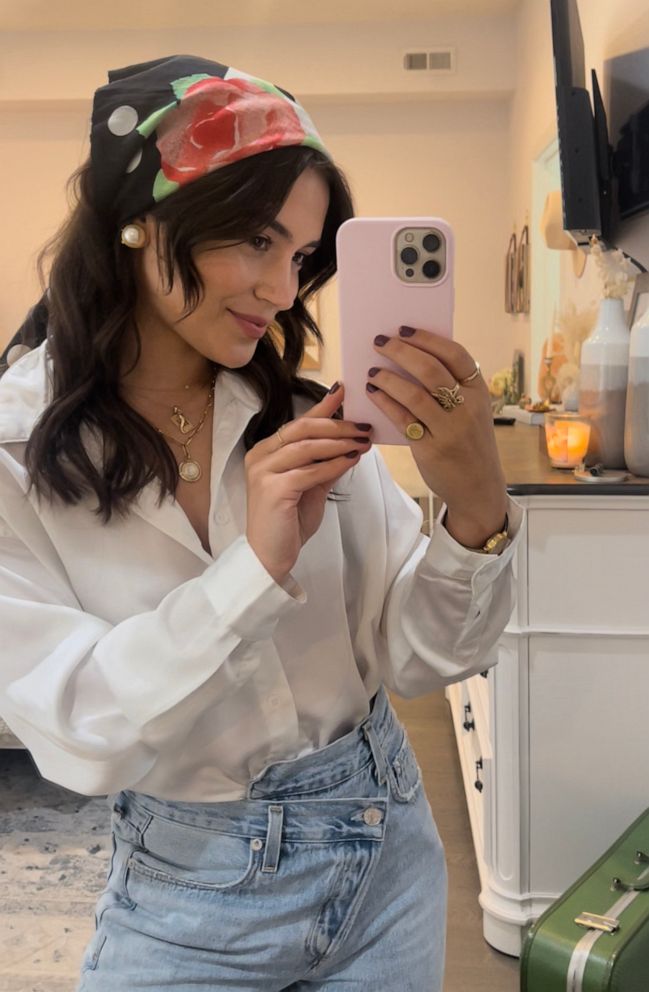 Since sharing her grandma’s honeymoon wardrobe, Bill said she's heard from many strangers online, from as far as France and China.

"I was just like, 'This is something maybe people would like, maybe a few people would see it,' and it kind of got a lot bigger than I expected," she said. "But it's all been really cool, a chance to share [my grandma] with the world." 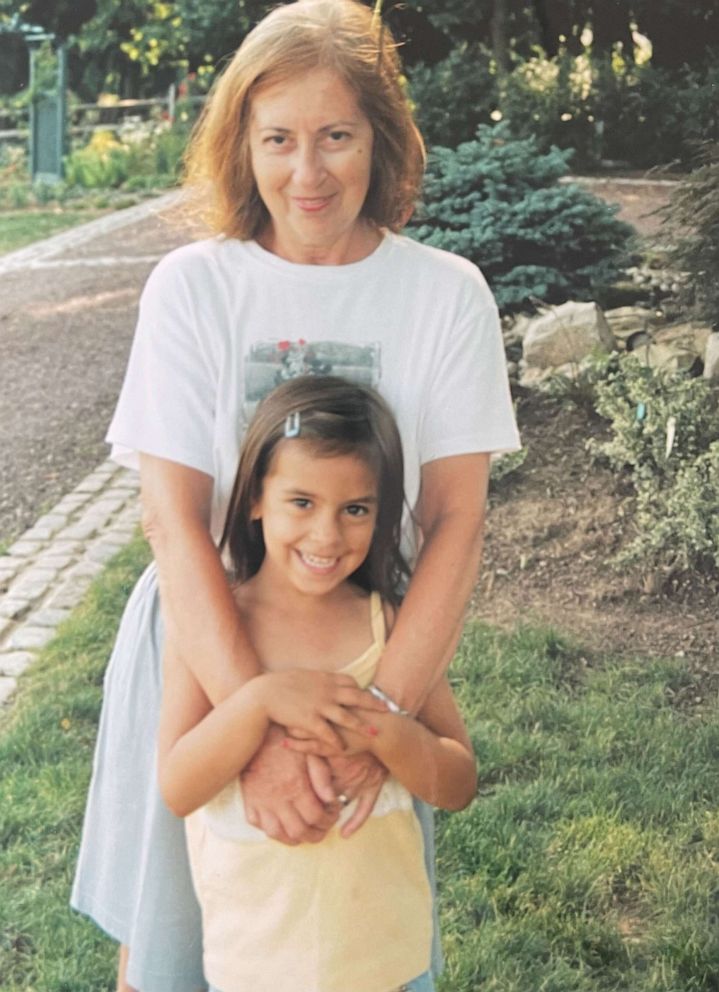 Courtesy Madeline Bill
Bill said she grew close to her grandparents when she was young because they would take care of her while her parents were at work. She describes her grandmother Marie as "very nurturing and loving."

Bill said Donato has an idea of how famous she's become, even though she's not on TikTok herself.

"She is aware that this is happening. Obviously, TikTok is not in her realm of knowledge. It's so foreign to her … so I just described it like a little television and people all over the place are seeing her and they're admiring her style," Bill said.

She said that Donato's treasured wardrobe will live on online and she hopes to pass down the keepsakes in the future as well.

"I definitely want to save it for someone. Maybe my future kid or someone special in my life that's younger than me, because I mean, I don't want it to just to be a current piece that is being worn, I want it to be savored for someone in my future too, like my grandmother did for me," she said.