A federal safety agency has issued a consumer warning about a specific type of bounce house after a 4-year-old was reported to have died after getting caught in the inflatable product.

The Consumer Product Safety Commission said in a news release Wednesday that the warning applies to My Bouncer Little Castle inflatable bounce houses that have a yellow hoop attached to a green pillar in the main area of the bounce house.

The agency said the bounce houses had been tested but had failed to meet voluntary regulations set by the international standards organization ASTM to "reduce the risk of accidental head or neck entrapment in inflatable play devices," adding that the products can pose a "risk of entrapment and strangulation." 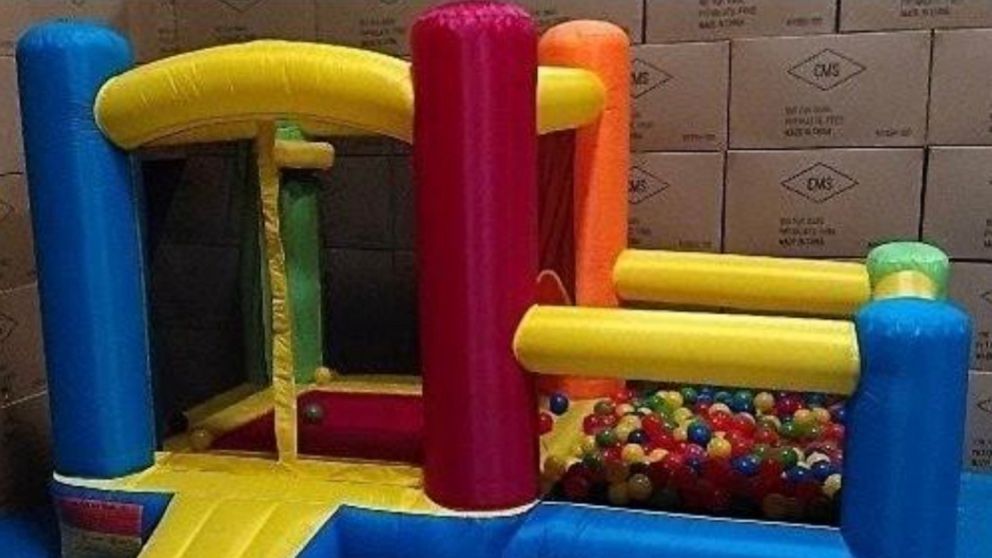 CPSC
The Consumer Product Safety Commission is warning customers not to buy or use the "My Bouncer Little Castle" inflatable bounce house.
MORE: Baby strollers recalled for fall risk after 138 reports of cracked frames

The CPSC said it had become aware of a fatal incident involving a 4-year-old boy who was "found with the hoop of the bounce house around his neck." According to the agency, the hoop had become "entangled and twisted" around the boy's neck, restricting airflow and leading to strangulation and death.

The agency was also aware of a separate incident involving a child who had become trapped in another My Bouncer Little Castle bounce house but was uninjured, it said.

My Bouncer Little Castle bounce houses are 88 inches long, 118 inches wide and 72 inches high, according to the CPSC. They have been on the market for at least nine years, since April 2013, at online retailers such as Amazon.com, eBay.com and Sears.com, and have been sold for $100-200 each.

The CPSC is advising consumers to stop using and throw out the My Bouncer Little Castle bounce houses immediately if they have one. The safety agency is also asking people not to buy or sell such bounce houses and to report any dangerous product or related injuries to the SaferProducts.gov website.