The daughter of a Philadelphia Eagles player may be her dad's team's biggest fan.

Jason Kelce, the Eagles' starting center, shared a video on Instagram showing how his young daughter, Wyatt, celebrated the team's win over the New York Giants in the NFL playoffs.

In the video, shared Sunday, Wyatt can be seen via a baby monitor lying in her crib and singing the Eagles' fight song, "E-A-G-L-E-S, Eagles! Yay!"

Kelce, a father of two, can be heard laughing in the background and saying to his wife as they watch the video, "What have we done?"

"Apparently Wyatt is pretty pumped about the Eagles win last night too," Kelce captioned the video. "Woke up to her singing the entire fight song this morning in her crib."

The Eagles beat the Giants 38-7 in Philadelphia Saturday night.

The win put them among the final four teams competing to make it to this year's Super Bowl. 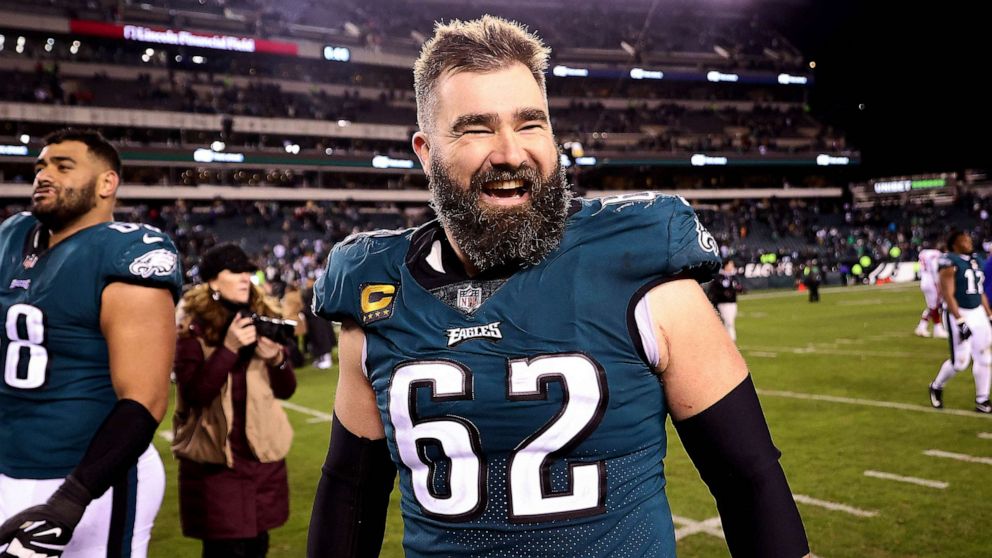 Tim Nwachukwu/Getty Images
Jason Kelce #62 of the Philadelphia Eagles celebrates on the field after defeating the New York Giants 38-7 in the NFC Divisional Playoff game at Lincoln Financial Field, Jan. 21, 2023 in Philadelphia.

The top-seeded Eagles play the San Francisco 49ers on Sunday in the NFC championship game.

MORE: Toddler runs to her firefighter dad in adorable moment

The team will again play in Philadelphia, giving Wyatt another chance to cheer for the "E-A-G-L-E-S."