By Daniel Ryan
Share —
Sign up for our newsletters to get GMA delivered to your inbox every morning!

One of the newest firefighters with the Yakima Fire Department in Yakima, Washington, got a pleasant surprise when her mother, a fellow firefighter, joined her while battling a nearby wildfire earlier this month.

Katie Jo Benitz, who graduated from high school in 2021, is one of the newest trainees at the Yakima Fire Department. She said she was inspired to join the male-dominated field because of her mother Captain Bonnie Rogers, who became the first female firefighter in her department in 2010.

"Everything my mom has done for us, as a single mother with 3 kids, going through this field and progressing so well so far in her career, has been so inspiring," Benitz told ABC News.

"I thought it was one of the coolest things. It made me also want to be that inspiration for other girls interested in male-dominated fields, just like she has been for me."

Benitz's decision to enter the field came as no surprise to Rogers. "When Katie was 3 to 4 years old, I was going through paramedic school, and she would help me study by holding flashcards and explaining things to me," she said. 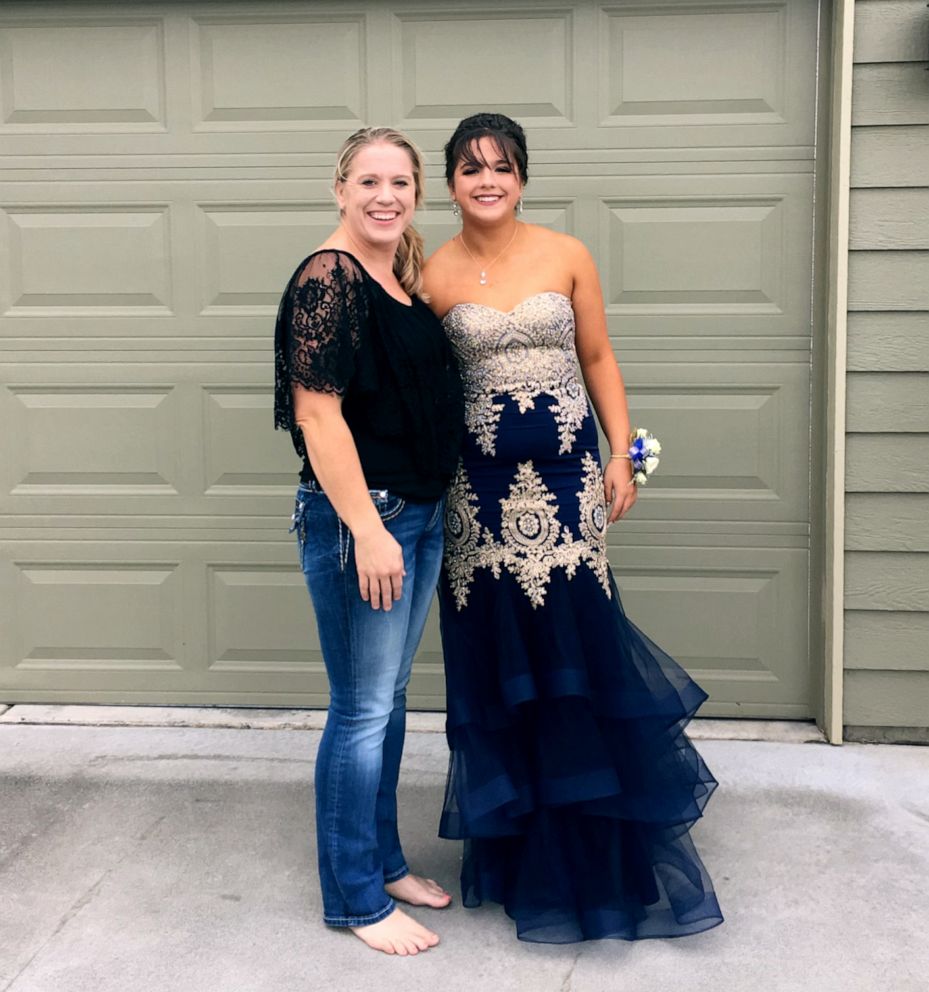 The mother-daughter duo's individual fieldwork finally collided for the first time in August, when Benitz was called in to help battle the Cow Canyon wildfire near the BBQ Flats in Selah, Washington.

MORE: Meet the mother-daughter pilots breaking barriers in the sky

In the past, the two had never crossed paths, which wasn't unusual considering they are both stationed approximately 90 minutes from each other.

But this time was different.

"I knew it was kind of likely … In this particular instance, she was 20 miles away from me when the fire started, so my initial thought was that she was just going to come stop and say hi," Benitz said.

It wasn't long before the two bumped into one another.

Benitz described their crossing of paths at the site of the fire as both "pretty exciting" and a "rare occurrence." She said she knew her mother, as a captain, could have been doing anything almost anywhere in the state.

"This particular day, I was working as a safety officer and was assigned to a different fire," Rogers explained. "While in training, I was asked to go over to Cow Canyon, and there were a lot of people working [due to the magnitude of the fire], so I didn't think I would run into Katie, especially after being given this assignment late in the day."

In her role as a safety officer that day, it was Rogers' responsibility to check in on the different crews at the site. It was during those checks that she heard a familiar laugh that she recognized instantly as her daughter's.

After greeting one another, the two stopped to take a photo which Benitz later posted to social media. 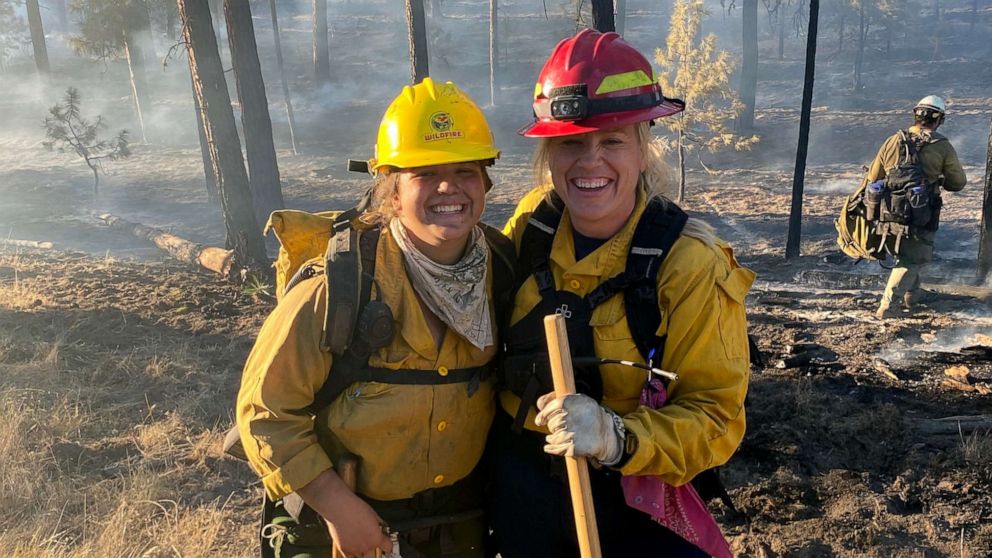 "I am super fortunate to be able to do my job. I am even more lucky to have such amazing women next to my side. Who continue to make me a better person every single day. Especially when it's my mom. Who has inspired me to become the woman I am today," Benitz wrote in the photo's caption on Instagram, adding the hashtag #womeninfire.

The duo then quickly got back to work.

The mother and daughter's meet-up story has since been picked up by a number of media outlets. The pair said they hope it will inspire more individuals -- particularly women -- to become firefighters themselves.

"I am just so fortunate that I am able to do a job that I love while having my mom there supporting every single step I make," Benitz added.

"Every day, I wake up grateful that I can do this job. It is so rewarding, and I hope I can encourage others to become a firefighter."

Rogers added her own encouragement. "Everyone should pursue their passion. It just so happens that for Katie and I, our passion is fire and [Emergency Medical Services], and it is something fun that we can share," she said. "But I also want other women to know you can do this job. With hard work and determination, it is absolutely possible, and being able to serve is an esteemed honor."