Kelsey Woolverton and her daughter Austyn were visiting Woolverton's parents last week when the 5-year-old summoned the courage to ask her beloved grandpa a very important question.

"But we need our dad to go there. My dad is not going to go. Will you go with me?" she asked. 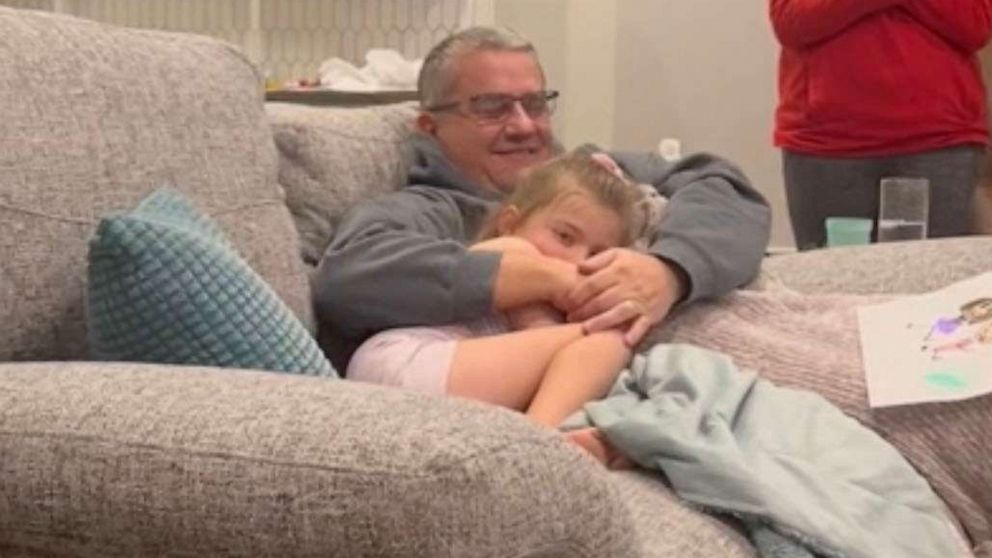 Courtesy Kelsey Woolverton
Kelsey Woolverton captured the moment her daughter Austyn asked her grandfather to go to a daddy-daughter dance with her in a video that's now gone viral.

Woolverton captured Austyn's conversation with her grandpa Steve Guenther on camera and uploaded the clip to TikTok on Jan. 16, where it quickly went viral.

"It was spur of the moment," Woolverton told "Good Morning America." "I just thought she would go ask him. She wanted to draw him a picture and I never thought she would have said all those sweet little things." 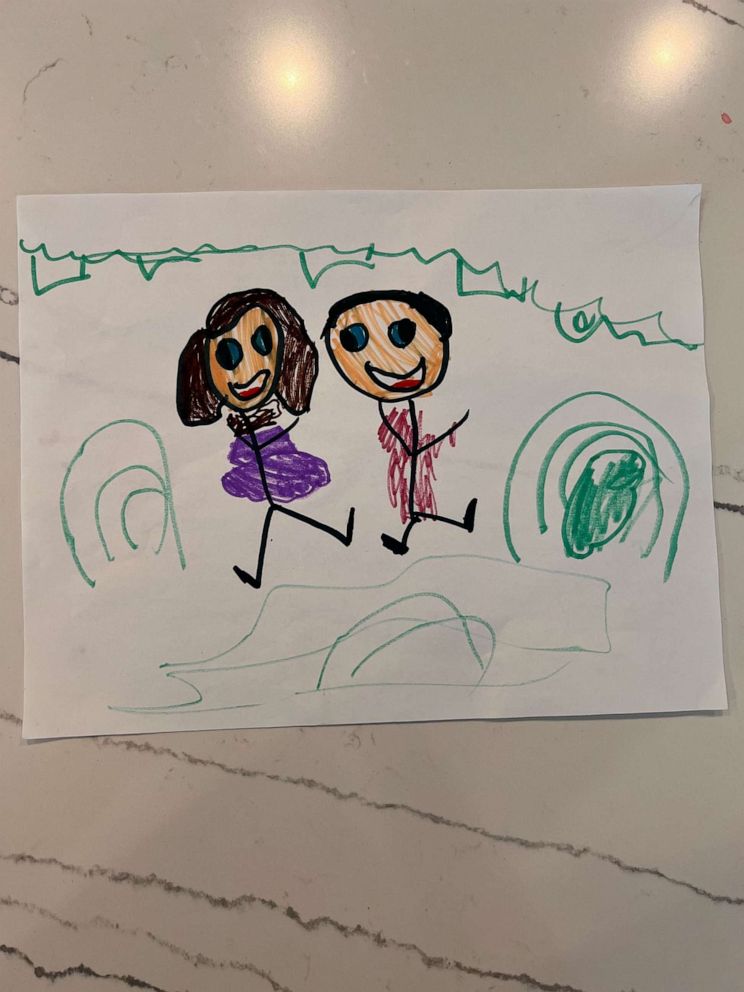 Courtesy Kelsey Woolverton
In addition to asking her grandpa to an upcoming daddy-daughter dance, Austyn also drew a photo of both of them at the event.
Editor's Picks
MORE: The story behind the viral video of boy asking girl to be his valentine

Woolverton's husband Mike Woolverton died four years ago. She said their daughter is "just like her dad" and they talk about him frequently and continue to keep his memory alive. 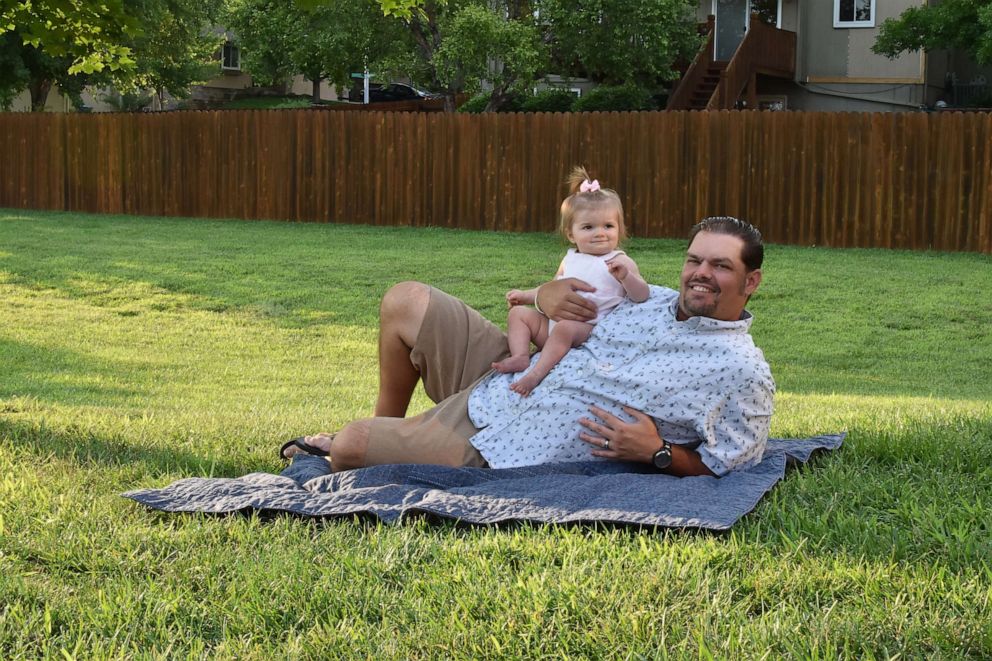 "We talk about her dad like it's the weather. So it was kind of funny that I even recorded it. I don't really know what prompted me to even start recording it but I'm glad I did," Woolverton said.

In the years since Mike Woolverton died, Austyn and Guenther, who both live in Papillion, Nebraska, have grown close. The duo now love to cook and watch football games together. 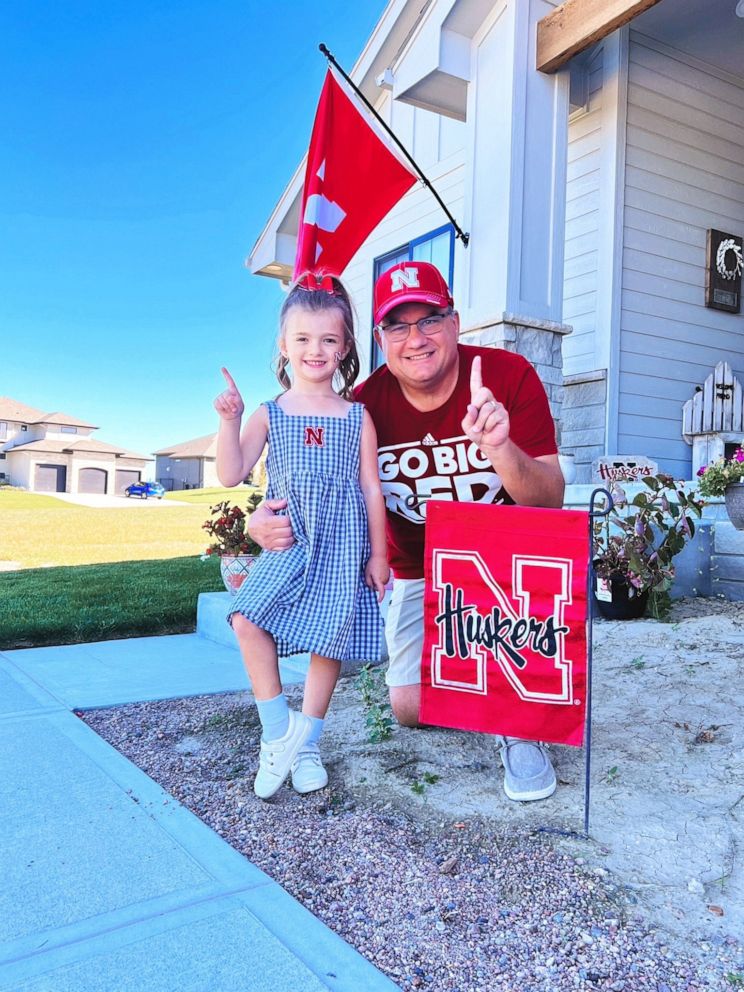 Courtesy Kelsey Woolverton
Austyn and her grandfather Steve Guenther share a close relationship. They regularly attend football games together and also love to cook together, according to Austyn's mom.

"Her and my dad get along so well," the 33-year-old mom explained.

"He would do anything for her," she added. "He never tries to replace that role obviously. Her dad's irreplaceable, but I'm really happy she has a male figure in her life to kind of be that for her."

Woolverton said she and her mom, who also appears in the background of the TikTok video, were both moved by Austyn's question.

"I was tearing up and I think my mom was tearing up, and then when I stopped recording, my mom and I ... we couldn't even look at each other because it was super sweet," she said. 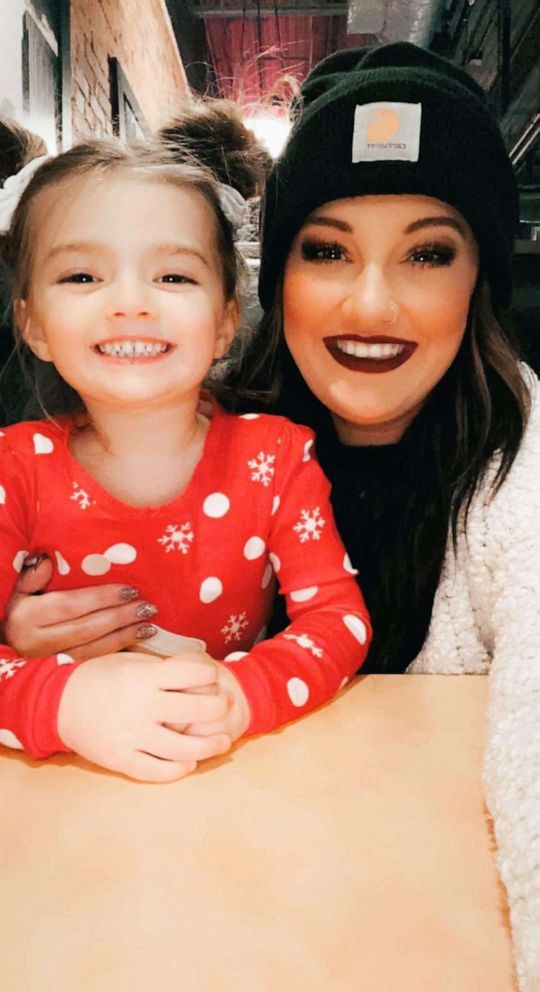 Courtesy Kelsey Woolverton
Kelsey Woolverton describes her daughter Austyn as a funny and sensitive girl who is "always such a little helper."
MORE: Jason Momoa shares video of his daughter Lola teaching him a dance

"There's been a lot of people that have reached out to me that have similar situations that have thanked me for just normalizing that and making people more aware that these daddy-daughter dances are great -- and I don't want to take that away for people that do have dads because I loved it when I grew up -- but just to make it aware that we shouldn't let people that don't have dads not go or be left out," she said.

She added, "This has kind of made me step back and realize those moments are really, really precious and I need to remember them a little bit more than I normally would."