By Haley Yamada, Faith Bernstein
Share —
Sign up for our newsletters to get GMA delivered to your inbox every morning!

Brian Ritter said he didn't think becoming a dad was a possibility for him until he met his partner Michael Stribling.

Even after they were together, the couple didn't feel like parenthood was their reality -- that is until they met their daughter for the very first time. 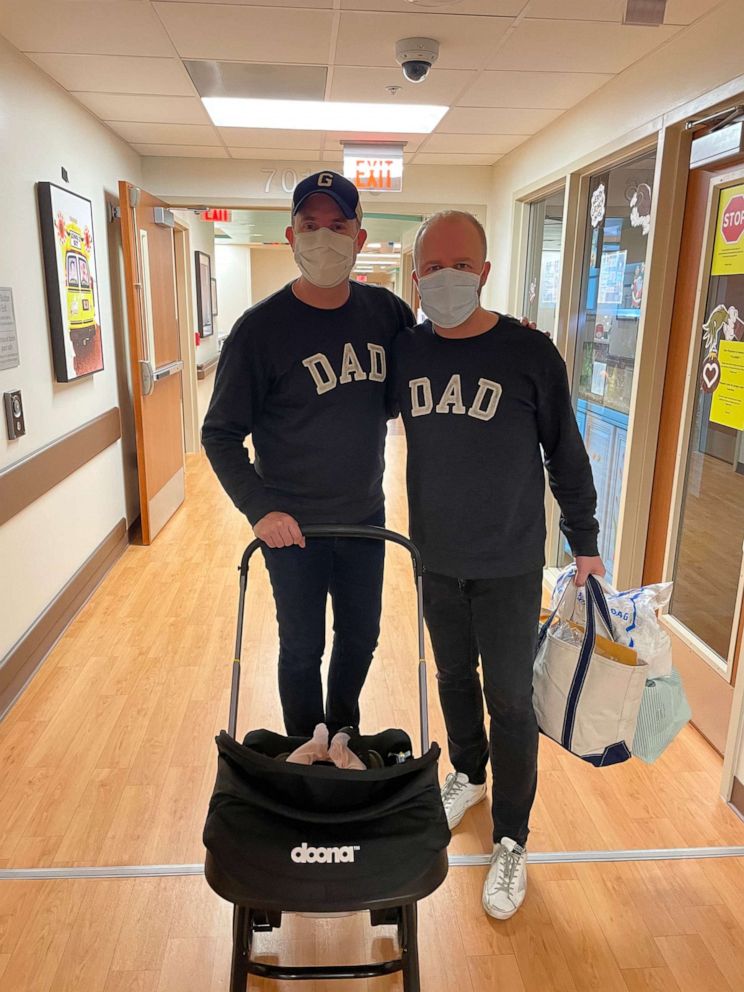 "The discussion of 'Should we be parents?' It just seemed like, 'Yeah, I think we could do this and give a child a really amazing life,' " Ritter told "Good Morning America" of the couple's initial conversations on the matter.

However, as a gay couple, the two said they worried that they would face discrimination when seeking to adopt. Ultimately, they were able to find the right agency for them.

"They were very supportive, very, very open. And I think once there was a match, [the adoption process] just happened very, very quickly, which is very unusual," said Ritter.

"I never thought it was possible. We never expected this type of luck," said Stribling. "The moment we laid eyes on this girl, it was the most amazing [feeling]." 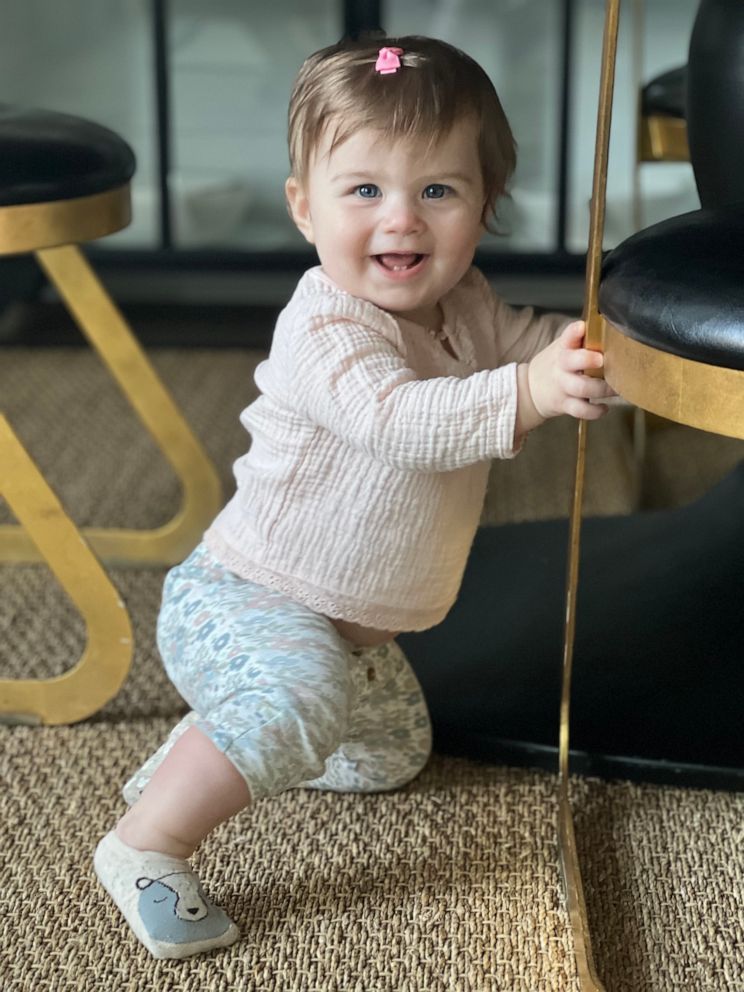 Courtesy of Michael Stribling and Brian Ritter
Baby Ella was born on Nov. 28, 2021.

The emotion-packed moment was caught on camera and Stribling later posted it to TikTok, where it has since garnered more than 1.4 million likes.

"I think people have connected with it because people are connected to vulnerability," said Stribling. "When there's a true, honest, vulnerable moment, people can connect to [it] -- we're all human."

The two said the video becoming a viral-hit was just the embodiment of a very "serendipitous" journey.

"It was such a beautiful, stressful, but beautiful journey," Stribling added. 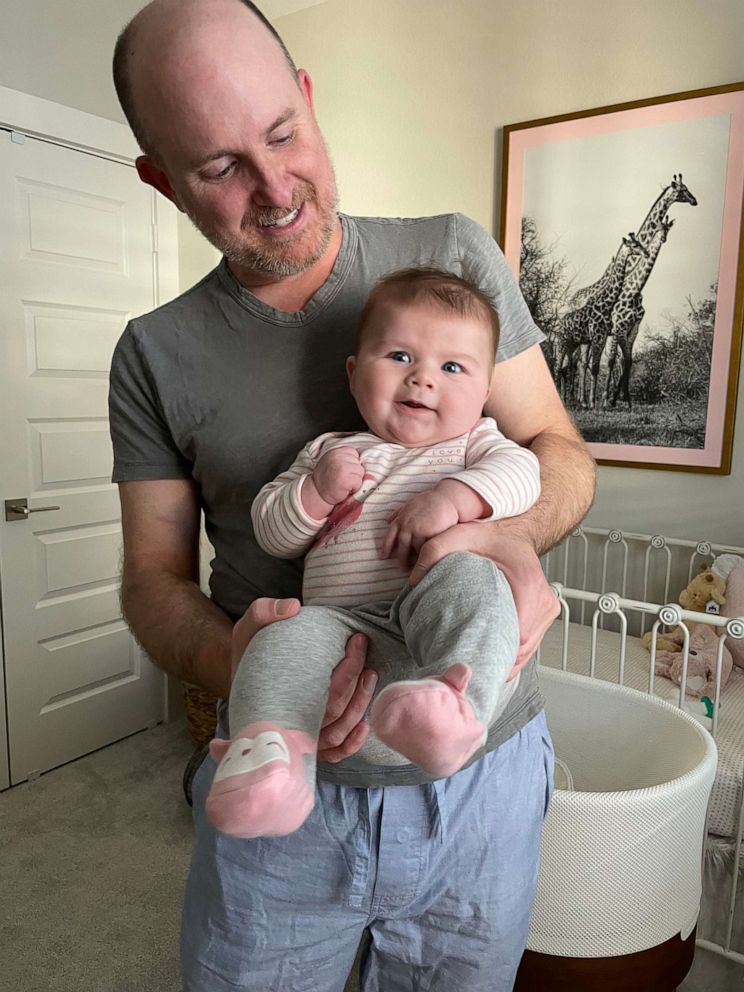 After they were first matched with a birth mother through their adoption agency, the couple had a chance to meet with the woman, with whom they said they felt a profound bond.

"We got to know her and some of her background and her story, there were connections there too. Her and I both lost our mothers pretty young," Ritter said, adding that the two "talked about that and going through this process of ... adoption," from that shared perspective.

Stribling said that their daughter's birth mother just happened to look like she could be his "identical cousin" and he immediately felt a connection to her.

"What's crazy about adoption is there is so much joy for us and at the exact same time, there's so much pain for her," said Stribling. "It is an emotional roller coaster." 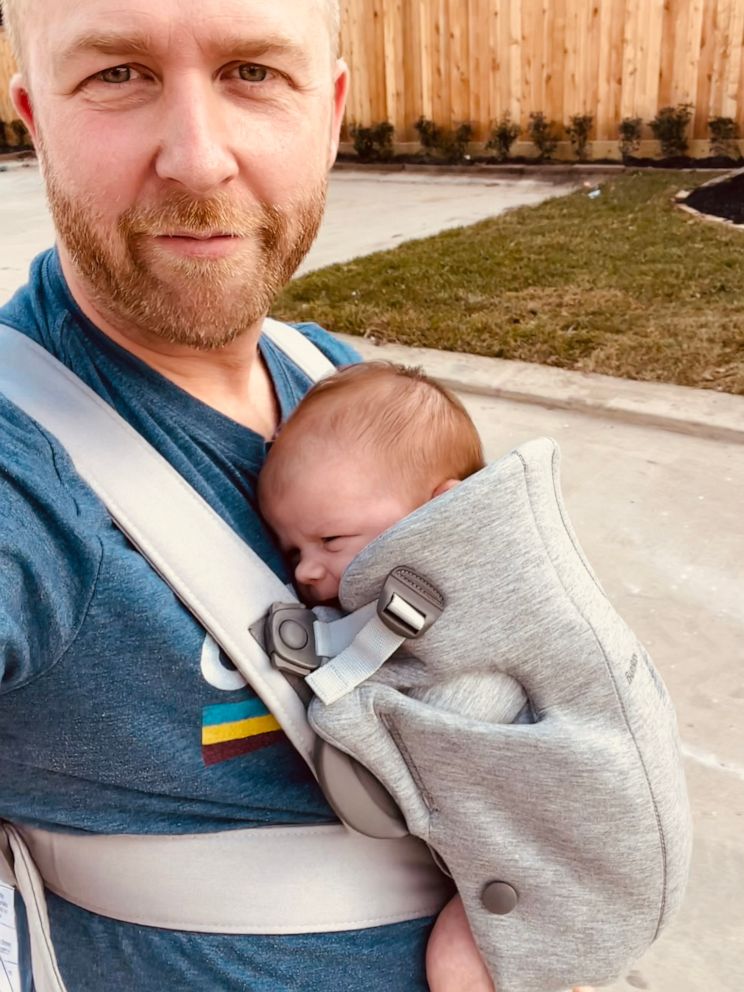 Five minutes after the meeting, and just three weeks before her due date, their daughter's birth mother made the decision to give the baby to Ritter and Stribling.

"She called us on her way home with the social worker and said she wanted to tell us herself," Ritter said.

The two said they immediately began preparing for the baby with the help of their family, who jumped into action to support the couple.

"I don't think we've ever felt such a village of love around us, it was so incredibly beautiful," Stribling added. "We had no clue what to do but our village literally hovered around us and supported us through this journey [and] honestly to today." 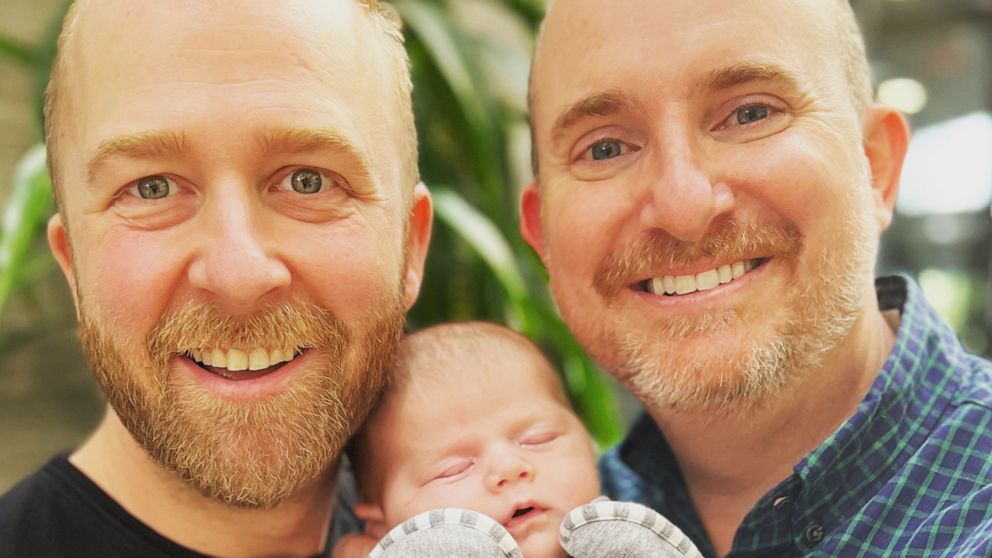 Nearly a year later, the couple is getting ready to celebrate their daughter's first birthday. Looking back on their journey and the "serendipity" of their viral moment, they said they're glad so many could empathize with them and hoped that the video pushes back against some of discrimination some gay couples face when trying to raise a family.

"There's kids out there who need new families and gay couples can do it," said Stribling.

"It's possible to be done and it's filled with a lot of joy," Ritter added.