One bride decided to honor her late mother with a photo shoot in which she wore her mother's vintage wedding dress.

As a child, Shelby Sander always imagined trying on wedding dresses with her mom. But when her mother, Angie, was diagnosed with stage-four breast cancer in 2011, she knew she may not get the opportunity.

Despite not being engaged just yet to her then-boyfriend Scott Rogers, Sander, 23, scheduled a wedding dress fitting for March 12, 2011. Still, her mother would die just 11 days before. 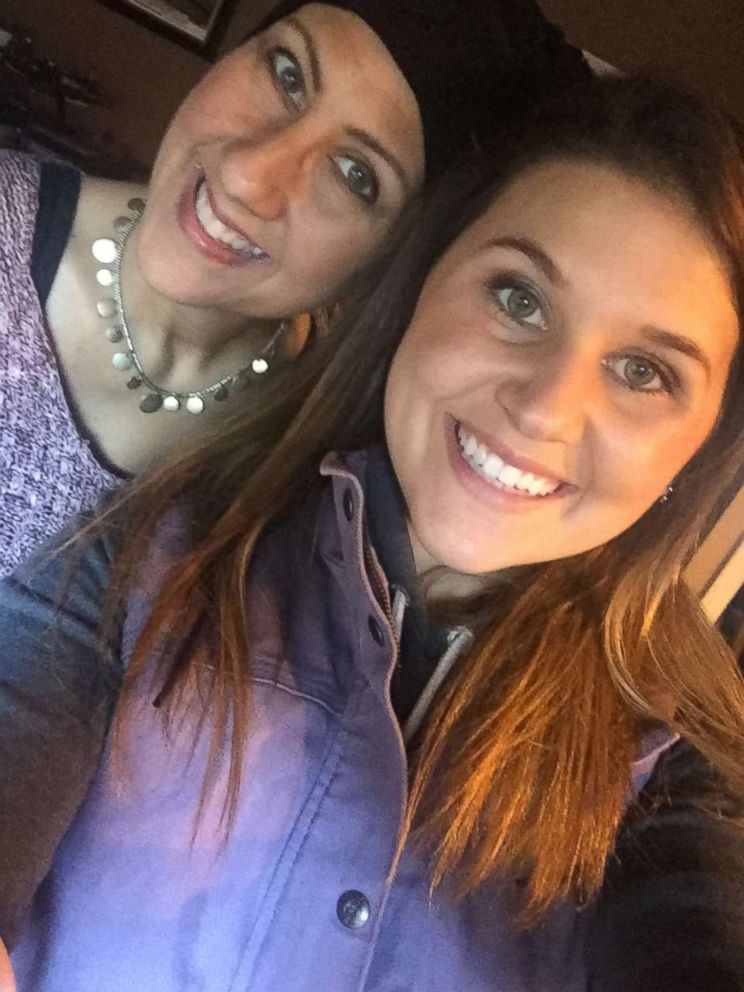 "When she didn’t make it to that appointment, it really took a piece of me," Sander told ABC News.

"I felt like I needed to do something in some way to honor my mom," she said of the milestone moment. "So she could be here with me during this time."

Spontaneously, Sander decided to bring her mom's wedding dress to her engagement photo shoot, and take some photos of herself in her mother's gown.

"I wanted photos in my mom's dress as a way to honor her and symbolize my parents' relationship," she continued. "Their marriage is being passed down to me and hopefully my sister when she gets married." 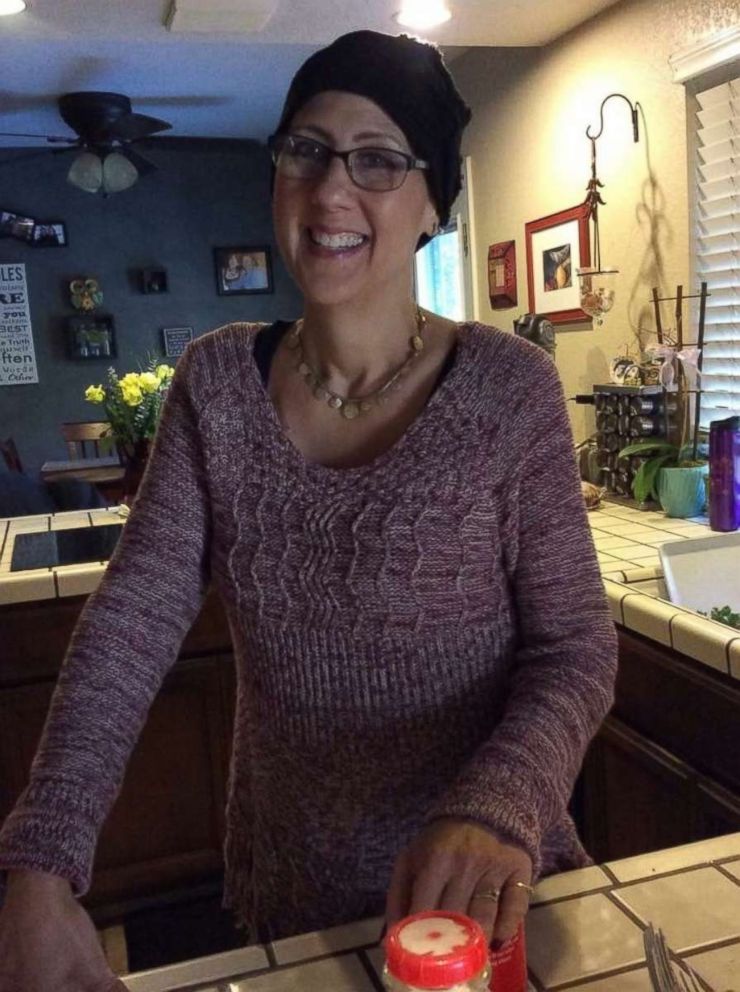 Sander said she learned a lot from the union between her late mother and her father, Curt. The two had been married for 26 years.

"My parents had like the super, super picture perfect marriage. They never fought in front of my sister and I. They never really fought in general," she said. "They just just really demonstrated what a happy, healthy marriage is like and that is something I hope to take throughout my future marriage with Scott." 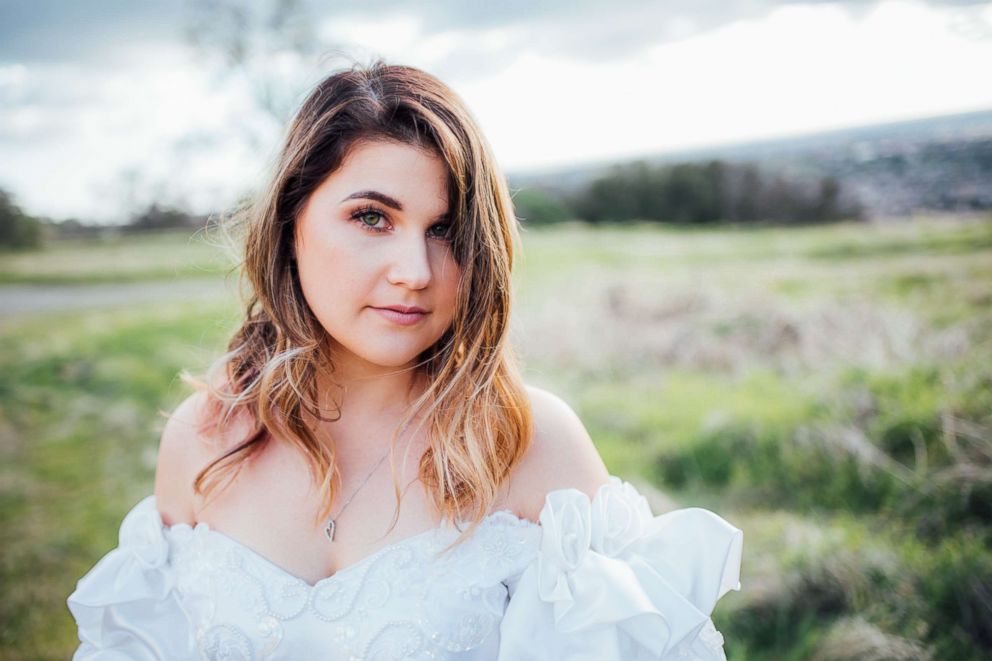 "It’s kind of located on the side of a hill. It was kind of cool. While we were out there, I remembered that they call it Heaven," Rubio told ABC News of the shoot's location. "And she had decided to shoot here before thinking about wearing her mom's dress." 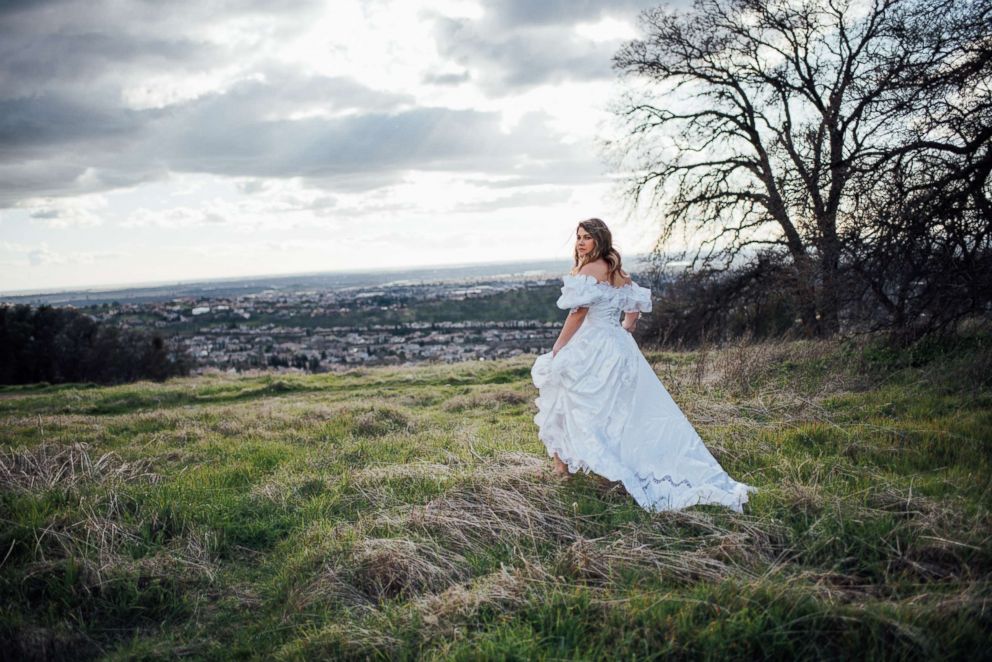 The now viral shoot, which lasted less than two hours, went perfectly. Now, Sander can focus on honoring her mother at her rustic outdoorsy wedding on Sept. 29.

Not only will she cut a heart-shaped piece of her mother's wedding dress to sew it onto her own, but she'll also plan a special tribute.

"We’re going to get a vintage chair and we're going to paint it purple, which was her favorite color," Sander explained. "And we're going to put a note on it that reads: 'You’d be there if heaven wasn’t so far away.' She gets to be there."