The teddy bears were hand-delivered Thursday by Camilla, the Queen Consort, to Barnardo's, a children's charity that will distribute the bears to kids in need across the United Kingdom.

Camilla -- who was given the role of royal patron of Barnado's in 2016 by the queen -- arrived to Barnardo's Bow Nursery school in East London in a fleet of taxis, along with the bears. 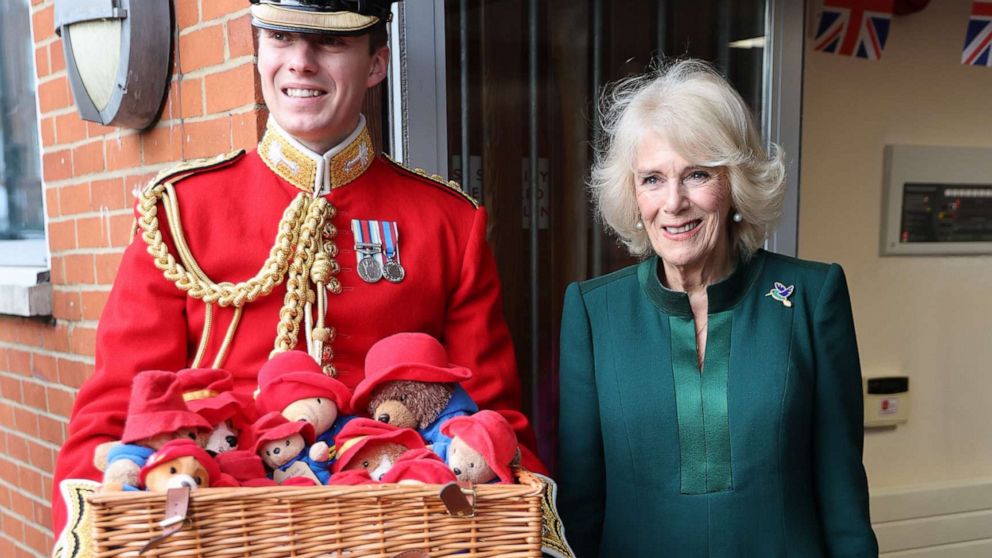 The taxis were symbolic because taxi drivers in the U.K. often transport children to and from the hospital for free. 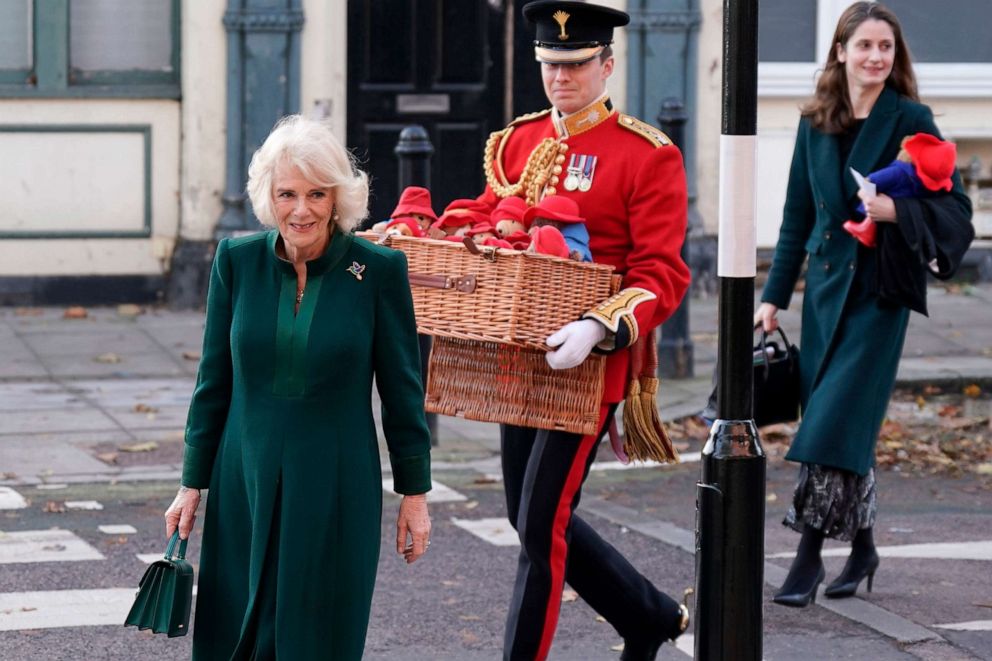 Yui Mok/PA via AP
Camilla, the Queen Consort, arrives for a special teddy bears picnic at a Barnardo's Nursery where she personally delivered Paddington Bears and other cuddly toys, which were left as tributes to Queen Elizabeth at Royal Residences, to children supported by the charity, in London, Nov. 24, 2022.

At the nursery school -- which provides child care and education to kids up to age 5 -- Camilla joined a teddy bear tea party with students and two stars of the "Paddington" movie, Hugh Bonneville and Madeleine Harris. 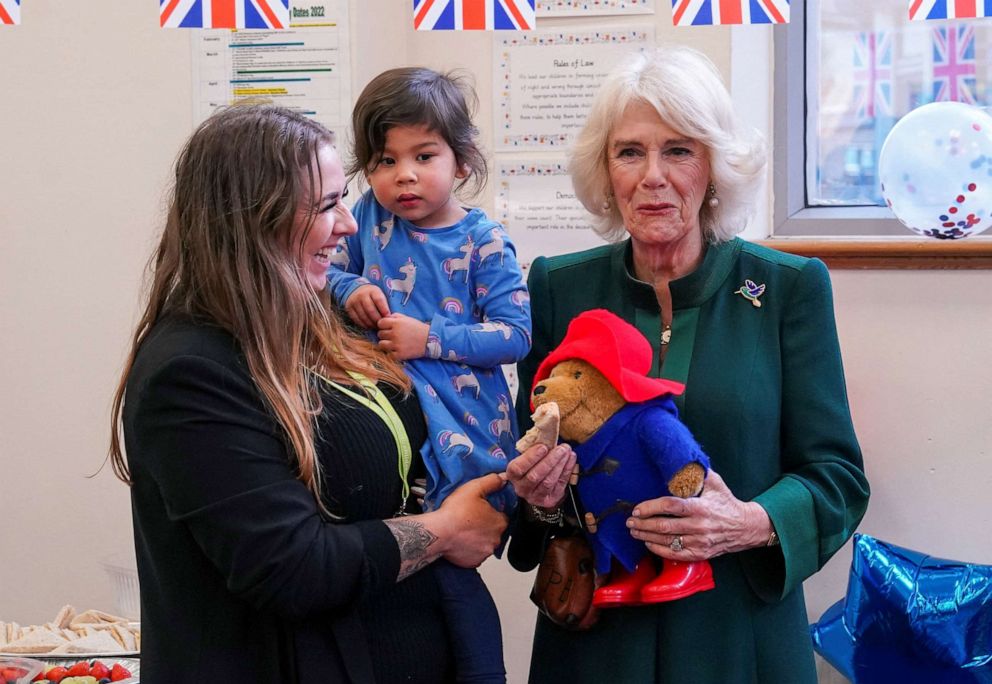 Pool via Reuters
Camilla, the Queen consort, holds a Paddington bear during a visit to Barnardo's Nursery in London, Nov. 24, 2022.

Camilla also helped distribute some of the Paddington teddy bears, which paid tribute to Queen Elizabeth's surprise appearance alongside Paddington in a special video recorded for her Platinum Jubilee celebration last June.

Following the end of the official mourning period after the queen's death, the teddy bears left at royal residences were collected and cleaned by Royal Parks staff members and volunteers, according to Buckingham Palace. 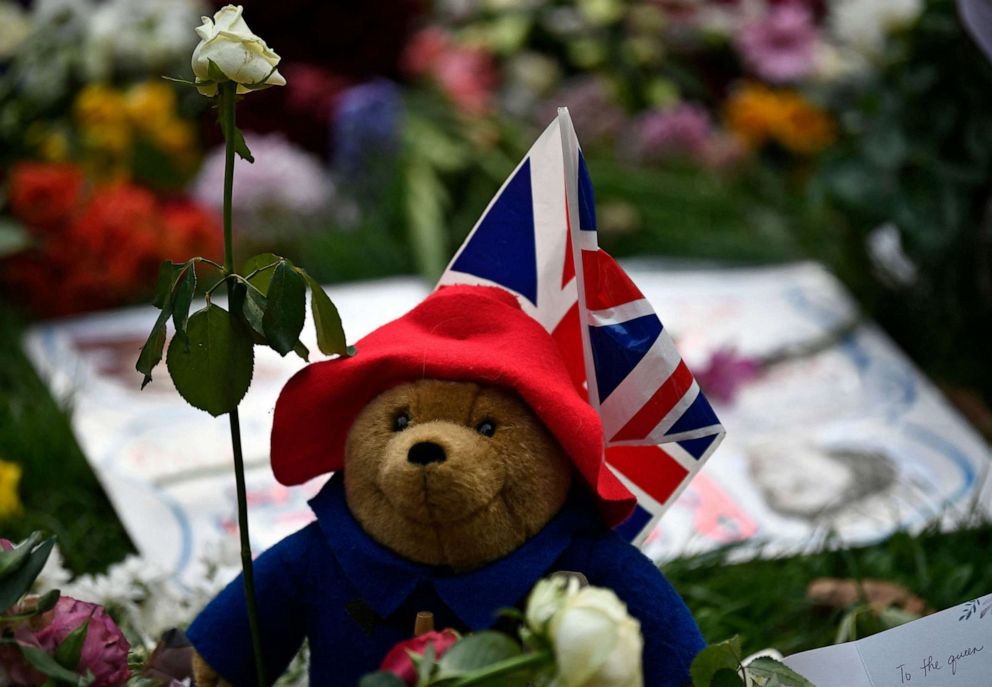 Earlier this month, the bears, each in their signature blue duffle coats and red bucket hats, got to explore the inside of two royal residences, Buckingham Palace and Clarence House.

The royal family's official Twitter account shared a video showing the bears' journey from outside to inside the palaces.

Next week, The Queen Consort will attend a special teddy bears picnic at a @Barnardos Nursery to deliver Paddington Bears and other cuddly toys that were left as tributes to Queen Elizabeth at Royal Residences and @TheRoyalParks.

Take a look at their journey so far: pic.twitter.com/4Pwt7YL5yb

"They have been doing some light reading at Clarence House," the video noted at one point, "and exploring the Buckingham Palace State Rooms."