Eugenie, the daughter of Prince Andrew and Sarah Ferguson, and Brooksbank are already parents to a son named August, who will turn 2 in February. 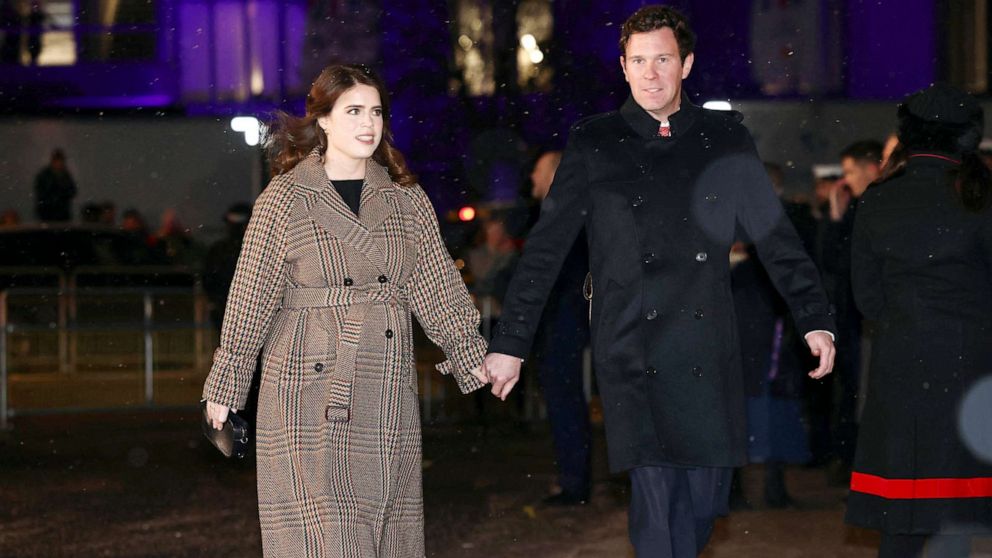 Eugenie spoke recently in Davos, Switzerland, about her son and how becoming a mom has changed how she thinks about the world and preserving the environment.

"As a mother, you totally change. Now I'm scared of flying where I'd never be before. It's the same with how you view the world," she said. "Now all I think about is what happens to rising sea levels and the communities that are on the beaches who depend entirely on the sea, as well as what August can do about it in the future."

"Everything is for them, right? Every decision we now make has to be about how August is going to be able to live his life," Eugenie said.

Eugenie's older sister, Princess Beatrice, is the mother of a daughter, Sienna Elizabeth Mapelli Mozzi, who was born in September 2021.

Eugenie's second child is the 13th great-grandchild for the late queen, who died in September, and her husband Prince Philip, who died in 2021.

The baby will be the second grandchild for Sarah and Andrew, who continues to face scrutiny over his relationship with convicted sex offender Jeffrey Epstein.

Eugenie and Brooksbank wed at St. George's Chapel at Windsor Castle in 2018.