When Queen Elizabeth II died in September at the age of 96, thousands of mourners left tributes to the British monarch outside of Buckingham Palace in London.

Among the flowers and notes were stuffed Paddington Bears, the beloved character that became associated with the queen after they appeared together in a special video released for Elizabeth's Platinum Jubilee celebration in June.

The late queen shared a friendly conversation with Paddington in the video, as they chatted over cups of tea about their love of marmalade sandwiches. 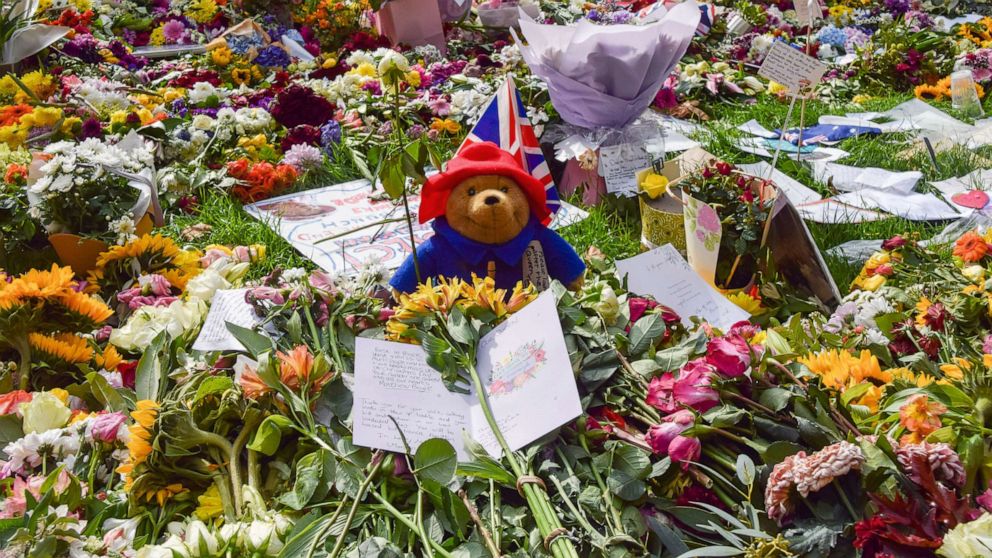 Following the end of the official mourning period in the U.K., Buckingham Palace announced last month that the thousands of stuffed Paddington bears left outside the palace would be donated to a children's charity.

🏷️🧸Please look after this bear

The Queen Consort is pictured with some of the 1,000 teddy bears that were left in tribute to Queen Elizabeth, which will now be donated to @barnardos.

The bears have been scrubbed up to look their best ahead of arrival at their new home. pic.twitter.com/IfMJnyHyXj

On Friday, the royal family released a new update about the bears, sharing a charming video of them being collected, cleaned and displayed by Royal Parks staff members.

Next week, The Queen Consort will attend a special teddy bears picnic at a @Barnardos Nursery to deliver Paddington Bears and other cuddly toys that were left as tributes to Queen Elizabeth at Royal Residences and @TheRoyalParks.

Take a look at their journey so far: pic.twitter.com/4Pwt7YL5yb

MORE: There's a Paddington Bear theme park in Japan and it's making all our childhood dreams come true

Paddingtons of all shapes and sizes, in their signature blue duffle coats and red bucket hats, were also photographed traversing the numerous rooms at the palace as well as Clarence House, the London townhouse where the queen lived from 1947-1952.

"They have been doing some light reading at Clarence House," the video noted at one point, "and exploring the Buckingham Palace State Rooms." 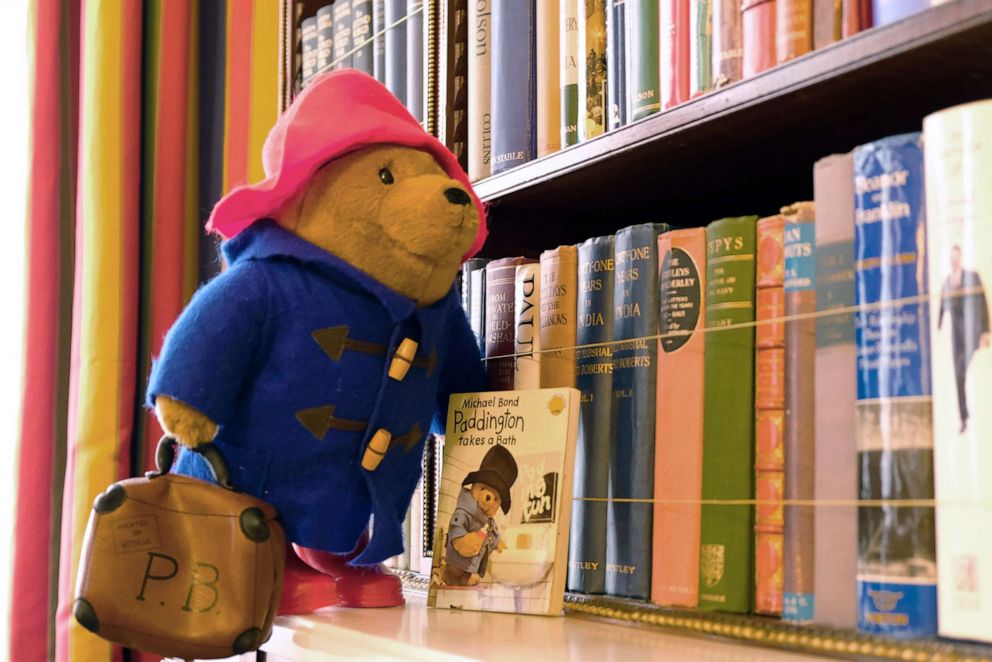 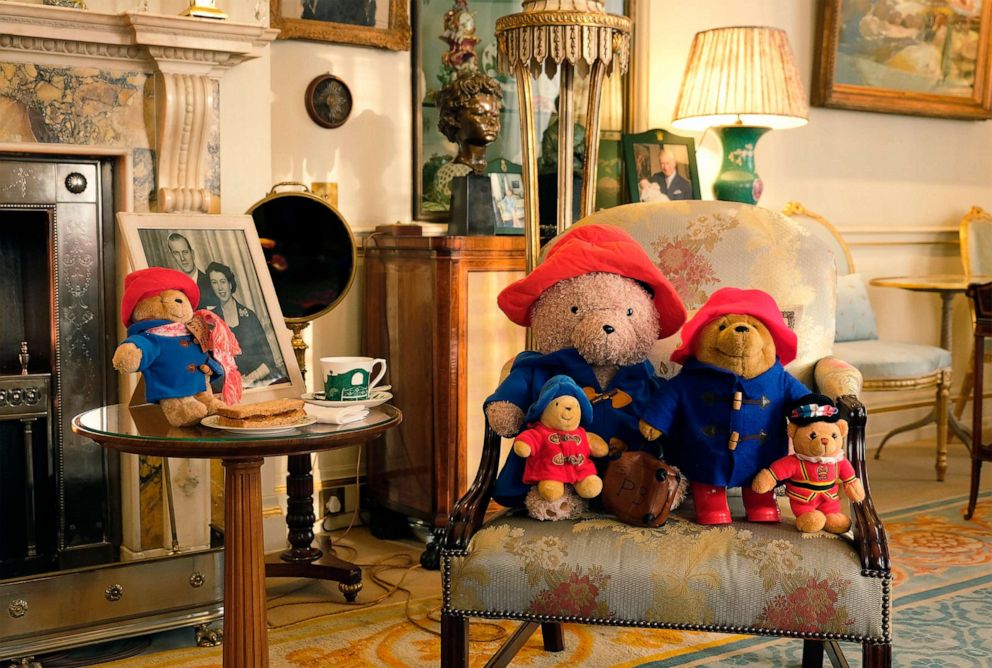 Buckingham Palace via AP
Paddington Bear toys with a cup of tea and a marmalade sandwich in the Morning Room at Clarence House in London, in a photo released by Buckingham Palace on Nov. 18, 2022. The Queen Consort will attend a special teddy bears picnic at a Barnardo's Nursery in Bow on Nov. 24, 2022, where she will personally deliver Paddingtons and other cuddly toys that were left as tributes to Queen Elizabeth at Royal Residences - to children supported by the charity. 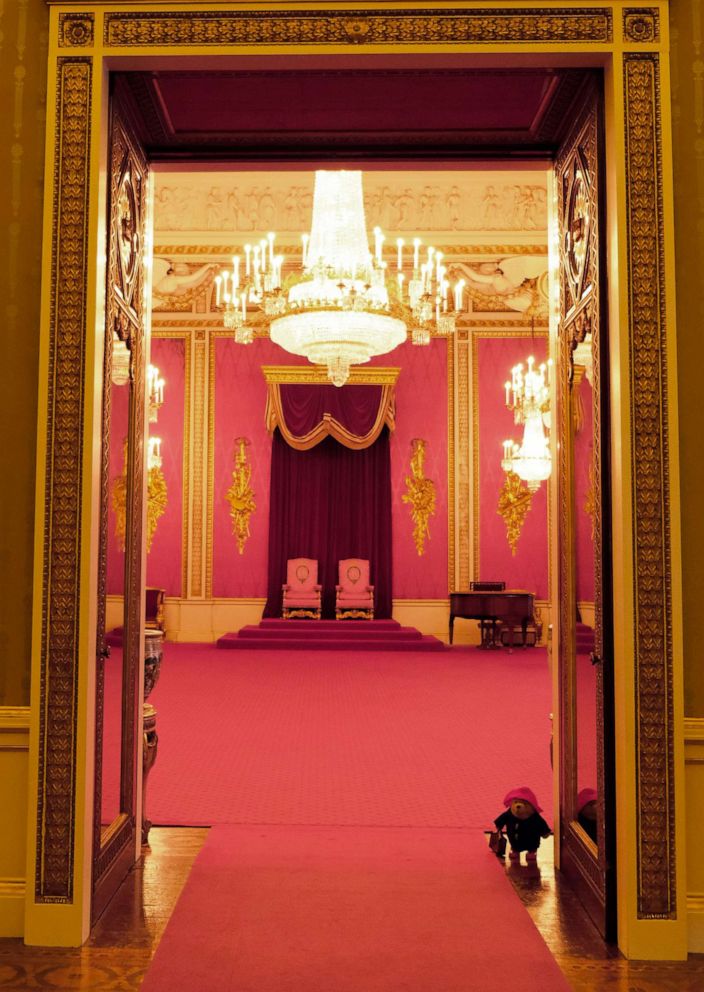 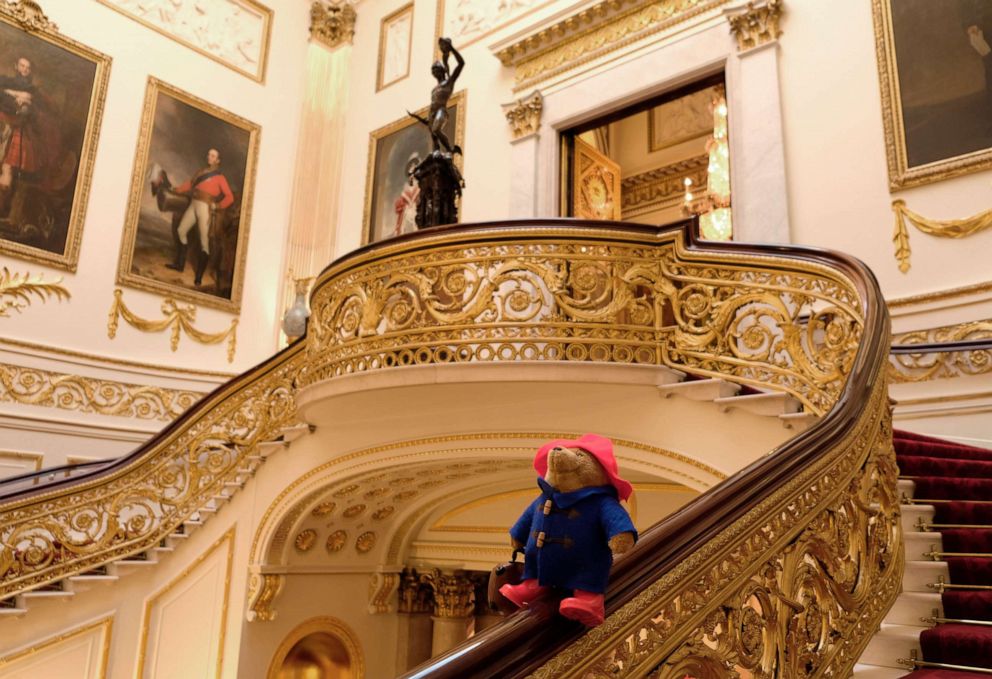 Looking forward to arriving at our new homes next week!

According to Buckingham Palace, after their royal tour, the bears will be delivered next week by Camilla, the Queen Consort, to their new homes. Camilla is expected to attend a "special teddy bears picnic" -- featuring marmalade sandwiches -- with children from Bow Nursery in London, staff from the children's charity Barnardo's, and the cast of the movie "Paddington," including stars Hugh Bonneville and Madeleine Harris.